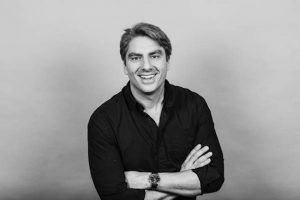 Sebastian van Barneveld becomes director of international distribution at Talpa Entertainment and will be based out of the Netherlands, with responsibility for global sales.

Van Barneveld, who has previously worked in distribution for Endemol International and Talpa Global, was most recently head of licensing for emerging markets at ITVS Global Entertainment, which was revamped last year as part of a major restructure of its distribution business.

The restructure also saw ITVS and De Mol opt not to extend his earn-out period for a further three years, as per terms of the deal when ITV acquired his prodco Talpa Media for $355m back in 2015. Following his exit, ITVS phased out the Talpa Media name.

De Mol said: “Now that we are building a new fresh format catalogue, the logical next step is to set up a solid distribution arm. I am very happy that Sebastian is joining the team to make this his first priority.”

Van Barneveld added: “Building new partnerships and focusing on making our formats travel across the world is more challenging and exciting than ever.'”

De Mol, who founded Endemol prior to Talpa Media, has been behind a raft of iconic formats including Big Brother and The Voice. After selling his prodco to ITVS, he switched his focus to Talpa Entertainment and Talpa Network, the latter of which operates four free-to-air tv channels and a Dutch video platform. Shows to have emerged from the entertainment division have to date included Split Screen and Hit The Road.