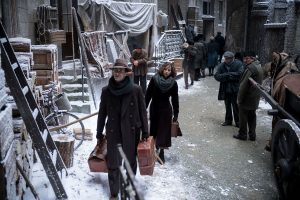 Tell Me Who I Am

Raft of deals for Navarro adaptation

Broadcasters across Europe, Latin America and the US have acquired the Movistar+ original drama Tell Me Who I Am, following deals with distributor Beta Film, ahead of its international premiere at MIPCOM Online+.

Norway’s NRK, Denmark’s DR, YLE in Finland, Portugal’s RTP, Forthnet Group for Greece and Cyprus, HBO Latin America and Telemundo International Studios in the US have all signed deals, while Beta reports more are in final negotiations.

Based on Julia Navarro’s novel, Dime Quien Soy, the 9 x 60-minute series is produced by Movistar+ in collaboration with DLO Producciones, Telemundo and Beta Film. It tells a globe-trotting story spanning from the 1930s to the 1990s and follows affluent Amelia who leaves behind her privileged life and embarks on an adventure with charismatic French journalist and revolutionary Pierre – a journey that will lead her around Europe and beyond and to becoming a spy for a noble cause. 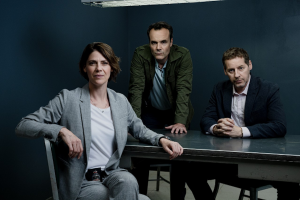 Produced by Bliktv and KOTV for Radio-Canada, the 4 x 45-minute series follows Detective Marianne Desbiens, who returns to her hometown after a career-ruining mistake only to be immediately thrust into the murder investigation of an unidentified young Indigenous woman who was found dead on the edge of town.

“We were completely won over by this crime miniseries filmed in Ontario, by its realism and high quality,” says Emmanuelle Bouilhaguet, MD of Lagardère Studios Distribution.

“We are proud to be embarking on a collaboration with Lagardère for the distribution of Troubled Waters. It will allow the series to travel beyond our borders and without doubt seduce audiences all over the world,” said Mia Desroches, director of content distribution partnerships at CBC & Radio-Canada Distribution. 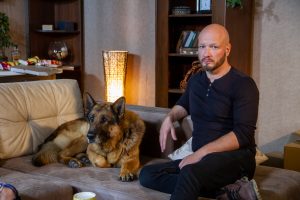 The series, which originally aired on NTV, has previously sold to Kazakhstan’s KTK channel, and follows troubled former homicide detective Maximov who rescues Shepherd, the dog of a murdered former mentor, as he sets out to solve the killing.

Nadav Palti, CEO & president of Dori Media Group commented: “Shepherd was a tremendous hit in Russia and we expect its success to repeat across multiple territories given the format’s flexibility and appeal as a crime drama that has multiple strands running through its plot.”