Plimsoll Productions appoints veteran exec Mark Itkin to the board 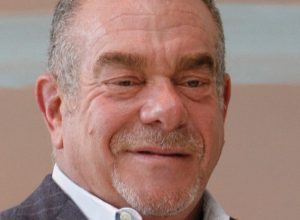 Based in Los Angeles and New York, Itkin will work alongside CEO Grant Mansfield and VP of production and development Saul Goldberg to advise on strategy across the group with a focus on creating and packaging unscripted content for the US.

Itkin joins with more than 30 years in the industry, having spent most of his career as a TV packaging agent at William Morris Agency and eventually co-head of TV and a member of the board of directors of William Morris Endeavor.

While there he was responsible for packaging a variety of hit global formats and series, ranging from Hell’s Kitchen and Deal Or No Deal to Big Brother and Buffy The Vampire Slayer.

The US marketplace is a current priority for Plimsoll, which has 18 series in production around the world and has already set up multiple unannounced projects in the US with premium cable networks and streaming platforms.

“I am honoured to have been asked by Grant and his incredible team to join the board of Plimsoll,” said Itkin: “I am very impressed by this dynamic company and what they have accomplished in such a short period of time, and am eager to further expand their US footprint.”

Grant Mansfield added: “Mark Itkin’s stellar track record is testimony to one of the smartest and nicest executives working in our industry. Creativity and decency go hand in hand with Mark; we worked happily and productively together a few years back when I was based in Los Angeles and I’m looking forward to resuming our professional relationship.”