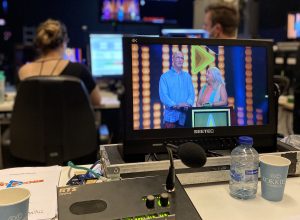 In the concluding part of this two-part series, Vincent ter Voert, CEO at Dutch producer Vincent TV, tells TBI how his company produced a Covid-safe version of The Hit List in the Netherlands, complete with an audience. To compare how the Keshet International-distributed format was produced in the UK, check out yesterday’s column from Karen Smith, MD of format creator Tuesday’s Child.

Covid-19 entered our television production life in March 2020, like it did for all other companies. At that time, Vincent TV was well-known for light entertainment reality productions based on ENG-filming, so implementing corona-proof workflows and protocols such as hygiene guidelines and safe distances was fairly straightforward for us.

We have a talented pool of people that found workarounds for all situations and we were supported and advised by the NCP, an industry wide counsel for Dutch television production companies. Initially, our biggest issue was the cancellation of international flights, which had a material impact on the progress of our shows.

We issued a clear ‘work from home’ policy and urged employees to stay in when they encountered early signs of coughing, fever or other Covid-19 symptoms. We also continually reminded our teams of their moral responsibilities. 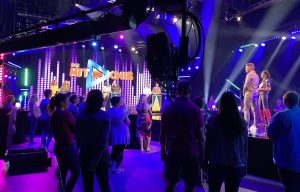 For Vincent TV, facing Covid-19 got more complicated when we were commissioned by public broadcaster Avrotros to produce our first studio-based order since March: the Dutch adaptation of The Hit List, the compulsive studio-based music quiz show created by Tuesday’s Child and distributed by Keshet International (KI) that sees contestants naming as many hit songs and artists as possible under time pressure.

Besides the general protocols like the aforementioned hygiene and social distancing measures, we performed an additional risk assessment on all sorts of (non) physical contact such as hosts, audio/in-ear crew, make-up artists, candidate guidance, and catering.

For each function, we looked at what additional measures would enhance the overall safety for our cast, crew and other members involved.

We implemented a long list of practical rules and guidelines. At the entrance, we placed lots of hygiene measures like hand sanitizers and washing attributes, and ensured that throughout  the studio, there was sufficient space so that crew could retain a 1.5m distance from their colleagues at all times.

We applied floor signage to create one-way walking paths and made sure working spaces and desks were a safe distances apart.  Together with the owner of the studio, we made sure that air-conditioning and additional ventilation was in place and checked. Thankfully, the studio already invested in proper air filtering systems recently, which gave us further comfort.

And in the end, nothing beats fresh air, so in between recordings we just opened all emergency exits (apologies for any disobedience of emergency processes!).

Somewhat drastic but crucial was our very important decision to demand facemasks for all people present, without any exception. In the Netherlands there has been a lengthy social and political debate on the effectiveness of facemasks, but we wanted to minimise all risks on our set. In all honesty, this measure was not well met by the crew, but with good communication and the appointment of ‘corona officers’ – people with the sole task of ensuring the all Covid-19 rules and regulations were adhered to – we reached a 100% success rate. 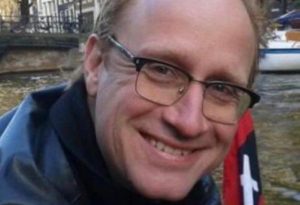 Once we had all of the production safety protocols in place, we quickly realized our biggest challenge for this music quiz format was how to recreate the fun, vibrant and uplifting energy created in the studio when the audience gets involved.

Having assumed we would record without any audience, we soon concluded that leaving them out would hurt the format and that we had to find a Covid-safe work-around. The atmosphere that comes from the audience singing and dancing along has a vital effect on the couples’ game play, the presenters and the overall look and feel of the format.

Together with KI, we took Tuesday’s Child’s original adaption in the UK for the BBC as a basis and started audience casting with caveats. We screened all applicants on their work and life environment (respecting privacy) and only accepted small groups of people that were part of one household.

When entering the studio, we asked them to allow us to check their body temperatures, and once inside, they were held separately in different locations and only brought into the studio with others at the start of the recordings. We placed standing tables with cozy lighting in the set to create personal zones for each group, which also created a smooth and warm atmosphere while allowing the audience to sing and dance along with the music and everyone on stage.

The end result? We produced 24 episodes to the full satisfaction of the format owners and clients – Tuesday’s Child, KI and Avrotros. With a team of loyal and hardworking people that all pulled together with one goal in mind, we were able to produce top notch content with our shared enemy corona watching our backs.