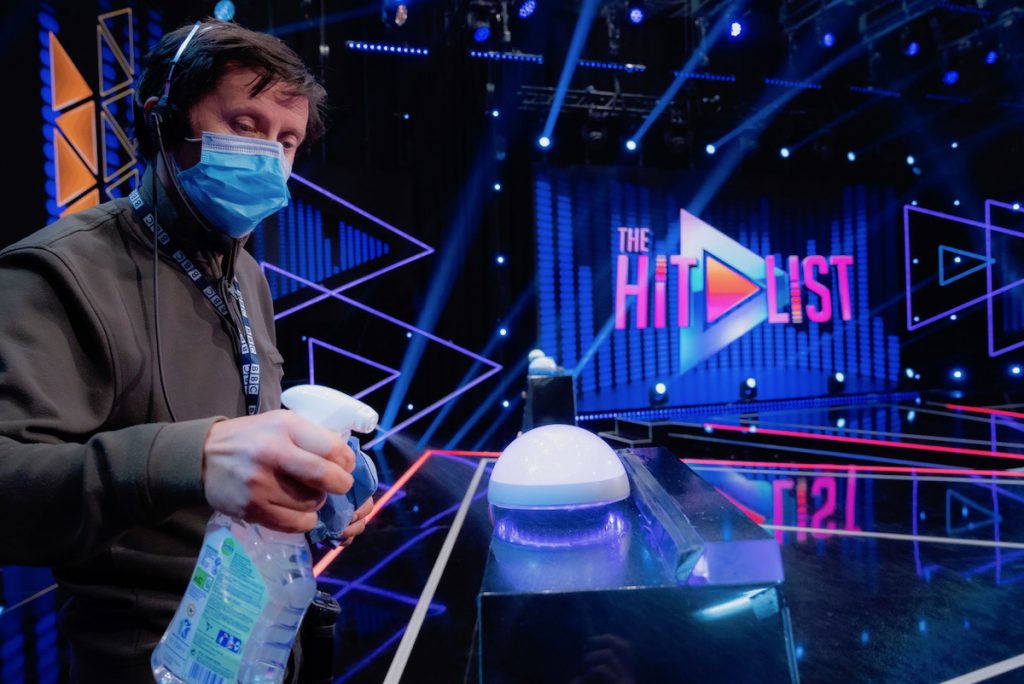 In the first of a two-part series, Karen Smith, MD at Tuesday’s Child, tells TBI how her prodco worked around the pandemic to keep BBC primetime show The Hit List on air. Tomorrow, we hear how producers in the Netherlands delivered their version of the show.

The Hit List season three started production at the end of January 2020 before any of us were aware that Covid-19 was going to change all our working lives.

When lockdown was imposed in March, and with studio dates booked for the end of April, no-one knew what was going to happen or when we’d be able to get into studio again. So we optimistically pencilled several sets of dates and kept a constant watch on developments, keeping everyone in the loop and trying to anticipate when we could get into studio safely.

Our production team carried on remotely and we had daily team video catch ups.  By mid-June it looked like there was a possibility of getting in to the studio by the end of the July, but first we had to recast a number of contestants as they needed to be in the same household or a social bubble. 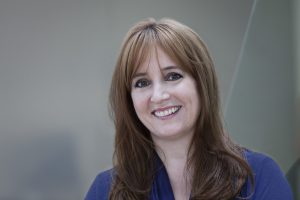 The studio management team in Scotland were incredibly supportive, working closely with our brilliant production management team to minutely plan every aspect of the production. Every member of the team completed a Screenskills Covid-19 awareness course prior to coming to studio.

Once in studio everyone had their temperature checked every day as they entered the building and a one way system around the building was implemented. More time was allocated to the get-in of the set which had also been modified so contestants were spaced 2m apart and the crew wore masks.

Podiums and buzzers were thoroughly wiped with antiviral disinfectant whenever they were touched and we tweaked the format slightly so no-one moved around on the set – and of course there was no studio audience as restrictions on social gatherings hadn’t been lifted in Scotland.

As it’s a primetime Saturday night entertainment show on BBC One we were keen to find a way to have hair and make-up for our contestants. We tried FFP2 masks but they didn’t fit tightly enough to the face to pass the face mask fit test, so we purchased 3M reusable half-face masks 6000 series from a local dentist! They were hot and uncomfortable and meant the sacrifice of a much loved beard from one of our hairdressers, but the team were brilliant and uncomplaining. Freelance staff have been hit hardest in lockdown and they were grateful that we found a way to get them back to work.

We were unable to bring our full production team to studio because numbers were restricted and some were shielding. This made things slower and more pressurised for the team that were in studio, but everyone pulled together to make it work.

Safety was always our number one consideration but we were also supremely mindful of the viewers’ experience when producing the series. Viewers aren’t that interested in what you go through behind the scenes – they just want their favourite shows back on TV – and they don’t want to watch more “Covid-safe” shows with guests on screens. 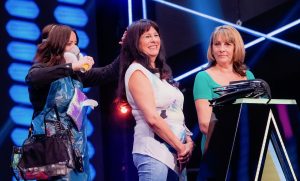 And although we didn’t have an audience and the format was tweaked a little, with the addition of more moving lights, our usual great casting and the energy of our fabulously charismatic hosts, Marvin and Rochelle, I genuinely believe no-one will watch the series and thinks it’s in anyway compromised or a ‘lockdown’ show.

As an Indie boss and the executive producer it was an anxious time for me personally. The responsibility for the safety of the hosts, contestants, production team and crew weighed heavily. I was very keen to keep all the team in work as long as possible and support the freelance community, plus all Covid costs had to be absorbed by the budget and we were unable to get insurance against anything Covid related, so the financial risks were substantial and all on my shoulders.

But an incredible team effort, and support from the BBC, pulled us all through safely and there were lots of positives too. The indie community in the UK came together to help and support each other sharing learnings, experiences and writing protocols, and we’ve had more emails of thanks than ever before from contestants who appreciated the extra mile our team went to in looking after them and ensuring they still had a fun experience.

And despite everything I’m proud to say we made some bloody fantastic shows too. Because Covid, you can make life a whole lot harder, you can make us anxious and concerned, but ultimately you can’t stop the music.

Karen Smith is MD of Tuesday’s Child and Tuesday’s Child Scotland, format producers of The Hit List, whose third season debuted on Sunday on BBC One in the UK, and which is globally distributed by Keshet International.