The BBC in the UK has said its on demand service iPlayer received almost five billion viewing requests during 2019/20, with a 60% rise during the country’s lockdown earlier this year.

In its delayed annual report released today, the public broadcaster said 4.8 billion requests to stream programmes had been made between April 2019 to March 2020.

In the first seven weeks of the UK’s lockdown, iPlayer had one billion requests, a rise of 60% on the same period last year. The service has been able to offer programming for at least 12 months this year – up from just 30 days previously – following a deal with producers.

The surge in viewing means the broadcaster has, for the first time, seen its OTT service making up for the falling number of viewers of its linear channels. 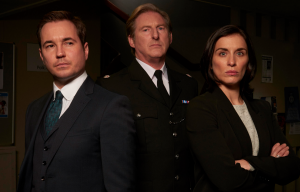 Key shows included drama hit Normal People, which was requested 55 million times from the end of April to early July, with 16.2 million in the first eight days alone, during lockdown. The stats make the shows the BBC’s biggest drama launch on BBC iPlayer ever.

Other highlights include police drama Line Of Duty, which snagged 13.2 million requests for its first episode, while His Dark Materials was the biggest new series of 2019. Viewing figures for TV news hit their highest level since 2003.

The broadcaster – now headed by former BBC Studios CEO Tim Davie – also reiterated its strategy from its annual plan released in May, highlighting that its linear networks remained vital to drive consumption. Pan-platform commissions across iPlayer and its live channels will expand over the next two years, while the broadcaster also underlined plans to improve diversity and inclusivity.

Earlier this year the broadcaster said it would “prioritise” spending of £100m ($125m) of its existing commissioning budget over the next three years on “diverse and inclusive content” and outlined plans for a new mandatory 20% diverse-talent target in all new network commissions.

The BBC’s Creative Diversity Commitment, which it has claimed is the biggest financial investment to on-air inclusion in the UK industry, will take effect from 2021 and is designed to improve diversity and inclusion both on and off air.

The broadcaster’s annual report also revealed that while sales arm BBC Studios achieved record numbers across sales and profit over the past year to April, the wider Commercial Group’s dividend paid to the BBC was just £3m, down from £73m in 2018/19. The BBC said the dividend had been cut to allow the the division to retain funds to deal with the “consequences” of Covid-19.