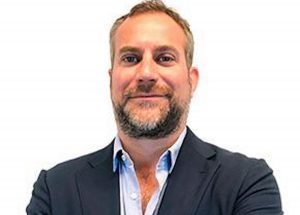 Former Insight TV exec Oliver Taprogge has joined Netherlands-and-UK-based factual production and distribution outfit Off The Fence as director of digital sales and as head of distribution at its upcoming VOD platform WaterBear Network.

Based in Off The Fence’s Amsterdam HQ, Taprogge will be responsible for the company’s global VOD sales and will also oversee the WaterBear Network’s digital distribution strategy and deals worldwide.

Before joining the companies, Taprogge was the director of distribution at Insight TV, where he oversaw global distribution partnerships and deals. Before that, he worked for Unity Media as director of content and was responsible for apps, on demand and third-party content partnerships.

ZDF Enterprises-owned Off The Fence is behind factual programming including Mega Factories, Destination Wild and Murdered By My Husband. It produces and distributes global-facing factual programming, creating more than 500 hours of content for broadcasters including History Channel, MTV, BBC, Channel 4, MSNBC, PBS, National Geographic Channel, Discovery and ZDF.

Earlier this year, former Red Arrow Studios International’s president Bo Stehmeier returned to the company as its CEO, while last month WaterBear Network named its management team ahead of its launch.

Taprogge commented: “I am pleased to join the Off The Fence and WaterBear Network teams.The global potential for digital is expanding at an exponential rate and I look forward to being a part of a growing network focused on digital distribution.”

Stefanie Fischer, MD of sales at Off The Fence, added: “I am delighted to welcome Oliver to the team. He brings with him a wealth of invaluable experience and will be an asset to our growing business. We look forward to expanding our digital reach worldwide.”