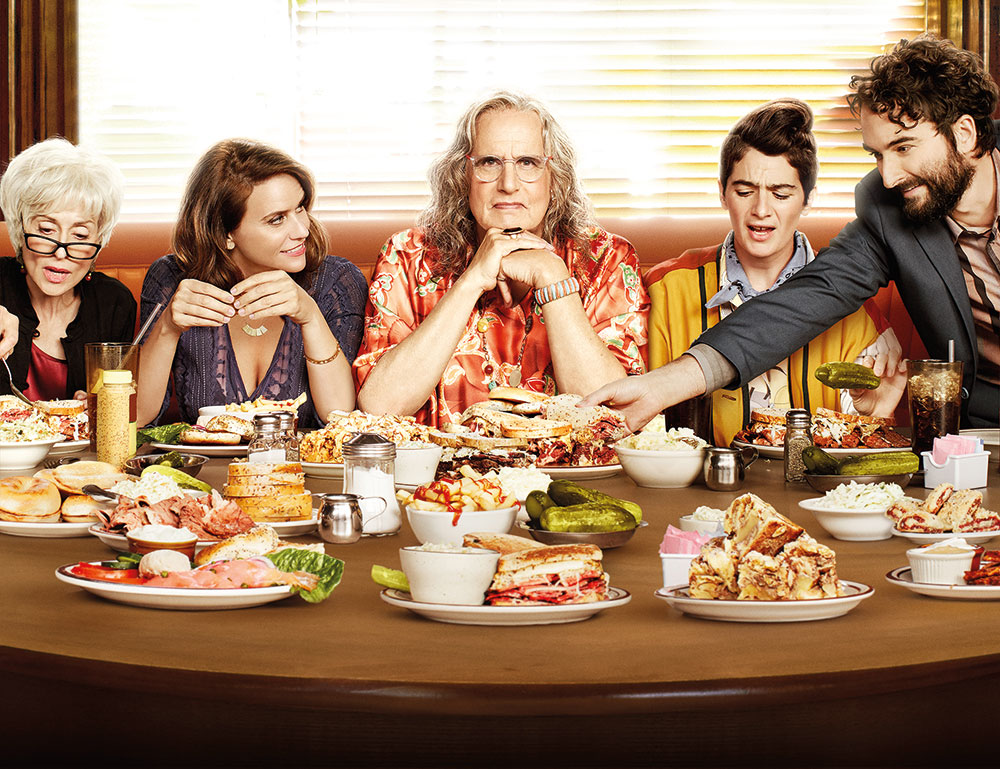 Netflix, the BBC and HBO Max have today been revealed as leading the way when it comes to commissioning LGBT+ content, according to UK-based analyst group Ampere Analysis. TBI dives into the findings.

Given Netflix’s sprawling commitments around the world, it is perhaps not a surprise that the world’s biggest streamer is also leading the way when it comes to commissioning LGBT+ entertainment programming.

Research from Ampere Analysis shows that between Q1 2019 and Q2 2020, 12 commissioners based around the world ordered movies or series with LGBT+ themes, with 80% of those destined for on-demand platforms. Public broadcasters such as the UK’s BBC and France Télévisions also favoured on-demand delivery for LGBT+ series, with the research pointing to the fact that 18 to 34-year olds are the most likely to identify as part of, and be accepting of, the LGBT+ community. 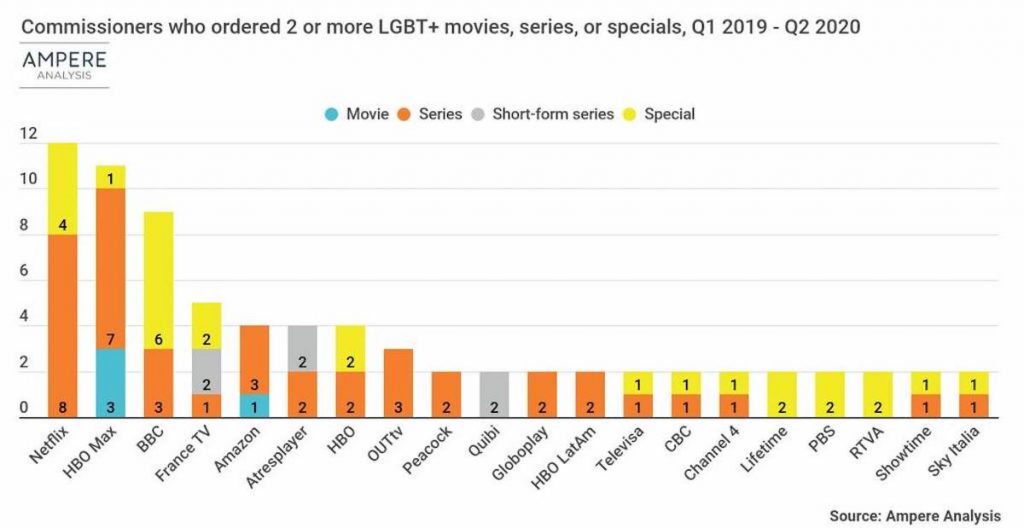 Linear commissioners were meanwhile more likely to opt for one-off TV specials on LGBT+ topics than commit broadcast slots to long-form series, with a key example coming in the form of HBO Max. The recently launched streamer has commissioned as many series about LGBT+ people in the last 12 months as HBO’s portfolio of linear channels have in the last three years, with titles including comedy drama series Beth & Sam and Drama Queen.

Peacock’s LGBT+ content, meanwhile, equates to 7% of its entire original commissions slate to date, with three upcoming series – Expecting, Clean Slate and a reboot of British series Queer As Folk.

The report highlights that the reason SVOD operators are so strong in this area is because of the demographic of their audiences, with 18-34-year-olds over-indexed for streaming subscriptions.

Streamers’ US focus vs global appeal

Ampere also found that while both market leaders Netflix and Amazon have seen the proportion of their global TV catalogue that is sourced from US producers decline to around just 30%, their LGBT+ content comes overwhelmingly from the States. Netflix’s LGBT+ slate skews 65% US-produced while on Amazon it is 58%.

The report suggests that this is likely due to the risks of producing LGBT+ content overseas, citing the recent cancellation of Netflix original If Only due to the Turkish government’s refusal to grant filming rights to a show featuring a gay supporting character.

Ampere added, however, that LGBT+ shows resonate across many territories and offer great potential for international distribution. Underlining this, the analysts pointed to Veneno, a show from Spanish streamer Atresplayer Premium that explores the life of the Spanish singer and trans icon, which has been acquired by HBO Max. 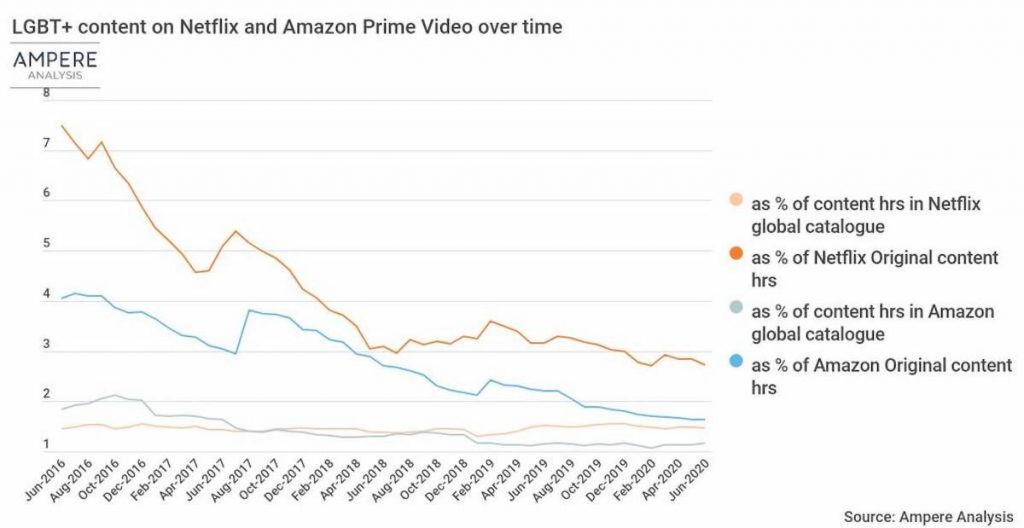 Over in South Korea, similar deals have been struck by Netflix, which picked up Where Your Eyes Linger for its local service. Local broadcaster JTBC has also enjoyed success with LGBT+ content, most recently through Itaewon Class, which became the third most-watched programme in the broadcaster’s history during the first quarter of 2020.

The enjoyment of LGBT+ programming is also underlined by the number of spin-offs and extensions. The report points to shows such as Atresmedia’s #Luimelia, which was produced for streaming service Atresplayer Premium and has already been renewed for two more seasons. It was spun off from long-running series Amar Es Para Siempre in Spain.

There are also numerous shows in the works across Latin America, such as Televisa’s Mi Marido Tiene Familia in Mexico, which has spawned El Corazon Nunca Se Equivoca, and Colombia’s RCN, which is in production on Lala’s Spa, starring trans actress Isabella Santiago. Brazilian giant Globoplay is working on a bioseries about Marielle Franco, while Amazon has original September in the works too.

“One aspect of LGBT+ content’s specific appeal is its ability to travel across territories and inspire fandom,” adds Thorpe. “This allows characters to travel into spin-off series as we’ve seen in Spain and Mexico. The international players are staring to acquire some of this locally produced content and we expect to see more of it on the SVOD platforms in the coming quarters.”

* Following publication of this article, OUTtv contacted TBI regarding the amount of LGBTQ programming it had commissioned. The company, which operates a linear broadcast network in Canada, its streaming service OUTtvGo and various curated offerings via AVOD services, said it had actually commissioned or produced 49 programmes amounting to 122 hours across genres during the survey period.