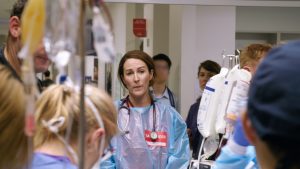 The 10 x 60-minute series, which was produced by WTFN for Nine Network in Australia, follows a team of real-life medical heroes as they fight to save patients suffering life-threatening injuries in one of Australia’s biggest and busiest emergency hospitals, The Royal Melbourne.

The series is also set to premiere on Discovery UK channel Really next week, following news of its acquisition in May.

“The COVID-19 pandemic has heightened global fascination for the work of people on the frontline in hospitals and the continued challenges they face while often putting their own lives at risk,” he added, 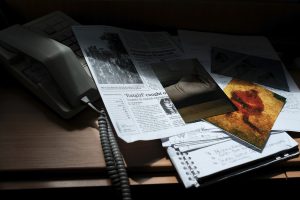 How I Caught The Killer

Woodcut Media has also pre-sold the new season to the Tegna Inc.-owned US True Crime Network and A+E Networks Italy for Crime + Investigation.

Currently in production for broadcast on Sky Crime in October, the 10 x 60-minute second season will explore more challenging murder investigations and use first-hand accounts to examine what it’s like to be a police officer working on some of the most complex homicide cases.

Kate Beal, CEO of Woodcut Media commented: “We have been fortunate enough to have the in-house capability and expertise to be producing and delivering crime shows to meet demand throughout this pandemic.” 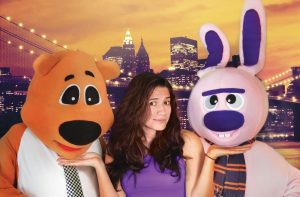 South African prodco The TVSmiths has picked up three formats for local adaptation from ITV Studios-owned Armoza Formats – dating shows Queens Of Love and Guys In Disguise and studio-based challenge show Double Or Nothing.

Developed by Armoza, Queens Of Love sees three drag queens come to the rescue of a hopeless single who has been looking for love in all the wrong places, sussing out potential suitors and finding out who is their real Mr Right.

From Armoza, Studio Glam and NBA Productions, Double or Nothing sees contestants take on a variety of crazy and fun challenges to win big money. They get a chance to double their earnings if they and a partner can out-do their opponents.

Guys in Disguise, meanwhile, from Artza Productions, Armoza Formats and Roy Even Tov, follows a singleton as she goes on a date with two secret admirers. But there is one catch – they will be dressed in weird and wild costumes, fully disguised from the object of their affections.

Anthony Wayment-Nel, COO and EP of The TVSmiths, said: “As ever, the team at Armoza deliver in the realm of quirky and individual formats that stand out from the mundane and the clutter. We look forward to bringing these formats to South African audiences.” 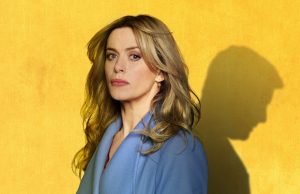 British drama series Keeping Faith, which has recently resumed filming on its third season, has been picked up by a number of international broadcasters, following deals with distributor About Premium Content (APC).

MTVA in Hungary and Antena TV Group SA in Romania have picked up rights to all three seasons, while ERR in Estonia and VRT in Dutch-speaking Belgium have acquired season two of the show, which is produced by Vox Pictures for S4C and BBC Wales and gap-financed by Nevision,

Yes-DBS in Israel, CANAL+ and Ale Kino+ Poland and RTP Portugal have all secured broadcast rights for season three, which started shooting again this week in Wales after filming was stopped in March due to the Covid-19 pandemic.

In addition to the new sales, APC has extended its co-production deal with Acorn Media Enterprises for all rights to the third season of Keeping Faith across the US, Canada, Australia and New Zealand for AMC Networks’ streaming service Acorn TV, plus home entertainment in the UK and Ireland.

Fox in Germany has also extended its agreement for season three, along with TV4 Media which has confirmed the SVOD rights to all three seasons for Denmark, Norway and Sweden and has also picked up the free TV rights for TV4 Sweden.

Laurent Boissel and Emmanuelle Guilbart, joint-CEOs and co-Founders at APC, said: “With Keeping Faith continuingto resonate with audiences both in the UK and internationally, we are delighted to have secured further deals across the globe as the BBC and S4C commit to a new season of this riveting drama.”