AMC Networks Entertainment Group president Sarah Barnett is stepping down from her role at the US-based operator.

Barnett will replaced on an interim basis by AMC Networks COO Ed Carroll, who will take on a remit that covered production arm AMC Studios as well as networks AMC, BBC America and Sundance TV. Her next move is not yet known.

She had started out with Sundance Channel, which was acquired by AMC Networks in 2008, working on shows including Top Of The Lake and Rectify. Barnett then expanded her remit with oversight of BBC America, overseeing a string of hits including Killing Eve, produced with the UK’s BBC. She has also been behind shows for AMC including Better Call Saul. 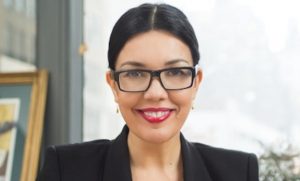 A year ago, she gained further responsibility for AMC Studios, following a restructure that saw the departure of David Madden, who had joined in 2017.

Barnett said: “This is a year that has confronted us with radical change on multiple fronts. After a lot of consideration, and with a slightly breaking heart, I have decided that it is the right time for me to follow my curiosity and leave things in the very capable hands of the outstanding team at AMC Networks.”

Carroll, who oversaw entertainment prior to being named COO, added: “Sarah is one of the most versatile executives I have had the pleasure of working with – expert at programming, branding and team building, all with an eye toward the business of a rapidly changing entertainment landscape.

“She is also a truly progressive leader. We will miss her at AMC Networks.”