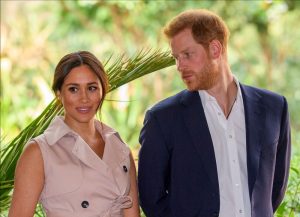 Blue Ant International has added more than 30 hours of factual content to its catalogue from UK-based ITN Productions.

The distributor has taken exclusive worldwide rights to documentaries and series including The Royal Documentaries, a package of 20 one-off documentaries such as Harry And Meghan: Two Troubled Years that “present fresh perspectives on the royal family ranging from the present day dynamics of Prince Harry to nostalgic look backs at Diana and Queen Elizabeth II.”

“ITN Productions has created a rich slate of series and documentaries that give a fresh and contemporary look on fascinating historical figures and intriguing facets of the Royal Family,” said Ludo Dufour, SVP of international co-productions and sales at Blue Ant International.

Online content marketplace Vuulr has added more than 500 hours of culinary and lifestyle programming to the service following a deal with Canadian distributor Gusto Worldwide Media.

Gusto titles on Vuulr will include series such as DNA Dinners, One World Kitchen, Watts On The Grill and Cook Like A Chef 2.0.

Ian McKee, CEO of Vuulr, said: “We are sure that Gusto’s fresh and innovative culinary and lifestyle content will resonate strongly with global buyers, who will now be able to search for titles, watch trailers and screeners and negotiate rights packages from the safety of their laptop.”

UK pubcaster the BBC has picked up the factual series Berlin 1945, following a deal with German distributor Autentic Distribution.

The 3 x 50-minute series is produced by Zero One Film in co-production with Bauderfilm, Rundfuck Berlin-Brandenburg, in co-operation with Arte and funded by Medienboard Berlin-Brandenburg. Autentic has already sold the series in Germany, Scandinavia, Eastern Europe and China.

Using archive footage, Berlin 1945 tells the story of the German capital city in the final year of the Second World War, through the eyes of those who experienced it – both the German population and Allied soldiers.

Autentic Distribution’s head of sales and acquisitions, Mirjam Strasser, said: “These personal stories emotionalise the program and turn it into a touching and really outstanding piece of TV history which the audience won’t forget.”

Foxtel in Oz does deal for eOne movie slate

Canadian multinational Entertainment One (eOne) has signed a “significant deal” with Australia’s Foxtel to take pay-TV broadcast and SVOD rights to a package of feature films.

The deal includes a slate of recent features including the wartime drama 1917, biopic Judy and comedy-drama Vice. Other features include Wild Rose, Booksmary, Babyteeth and Green Book, as well as a significant number of library titles.

“We’re delighted to expand on our long-running partnership with Foxtel,” said Joyce Yeung, EVP of sales, APAC, eOne International Distribution. “Our new agreement represents a great opportunity to bring this impressive slate of feature films and a deep portfolio of library titles to Australian TV audiences on both Foxtel’s broadcast and on demand platforms.”