Banijay has appointed Pilar Blasco and Paolo Bassetti to head up the production giant’s operations in Iberia and Italy respectively, while TBI understands that the chief creative officer of Married At First Sight Italia prodco Nonpanic is leaving the company.

The companies are behind an array of shows including local versions of MasterChef and Big Brother, as well as producing scripted series such as Hierro, Amar Es Para Siempre and The Idhun Chronicles.

Blasco had been CEO of Endemol Shine Iberia since 2015 and has been credited with driving the roll-out of Your Face Sounds Familiar, which first launched in 2011 and has since been sold to 40 territories. Between 2011 and 2015, she was managing director of Endemol Spain, and before that led the company’s Madrid-based prodco, Zeppelin TV. 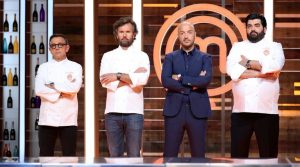 Paolo Bassetti, meanwhile, will continue to oversee operations for Banijay Italy, based out of the group’s Milan and Rome offices.

Bassetti, brother of Banijay CEO Marco Bassetti, had been CEO of Banijay Italy for two years and before that was CEO and chairman of Endemol Shine’s Italian division. He now oversees 10 production entities including Endemol Shine Italy, Banijay Studios Italy and Banijay Italia, the latter created late last year when DryMedia and Magnolia were combined into a single entity.

Righini had been with Banijay in Italy for six years, first as a creative producer and then in his current role at Nonpanic, leading creative development, scouting international formats and securing deals. The company has been been behind numerous shows for broadcasters including Rai, Food Network, RealTime and Dmax, with its output including the Italian version of Married At First Sight, Amore Criminale and Fuori Menu.

Prior to join Banijay, he worked for Mediaset and was also head of channel, programming & content at now defunct Agon. His next move is not yet known.

Marco Bassetti said: “In Pilar and Paolo we have two exceptional leaders. Well-versed in driving innovation, encouraging out-of-the box creativity and navigating the new world of content creation, they are best set to capitalise on the opportunities presented by our recent acquisition.

“In the months to come, they will work to combine the footprint in the regions they control, while strengthening client relationships and putting Banijay’s operations in pole position for the future.”