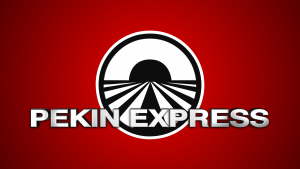 Sky Italia has struck a deal with Banijay Italia for future seasons of Pechino Express (Pekin Express), the local version of the Belgian-Dutch original format owned and licensed by 4MAT4.

The format revolves around celebrity couples who must travel for thousands of kilometres in territories that are both geographically and culturally very distant from the place of origin with a backpack that contains basic necessities and just €1 ($1.16) per person.

Since 2012, Magnolia – which was merged with fellow Italian prodco Dry Media last year to form Banijay Italia – has produced eight series of the show. The format has been sold and aired in 16 countries since 2004.

ITV Studios America has launched a new scripted outfit that will be headed up by Tony To (Band Of Brothers) and Dan Sackheim (True Detective).

Bedrock Entertainment will develop and produce TV shows for all platforms, with To and Sackheim based out of LA. Patrick Murray, who negotiated the prodco launch, will become Bedrock’s COO.

The fledgling prodco already has a number of projects in the works, including a drama based on Barry Eisler’s novels about Japanese-American assassin John Rain, which start with A Clean Kill In Tokyo.

The launch is the latest expansion for ITVS America, which already houses companies including Tomorrow Studios. Its output includes recent drama Snowpiercer, while other ITVS US-based interests include animation prodco Work Friends and Circle of Confusion Television Studios, the latter launched in 2019.

Hasbro-owned Entertainment One (eOne) has partnered with civil rights lawyer L. Chris Stewart to develop a docuseries exploring the fight for civil rights.

The show is described as a civil rights/true-crime series, which will take viewers inside Stewart’s biggest cases of wrongful death at the hands of law enforcement. It will include past and present tense storytelling, using archival, never-before-seen footage as well as interviews with families.

The project was developed by Madison Merritt, eOne’s EVP of unscripted TV development. Stewart us attached as an executive producer on the project.