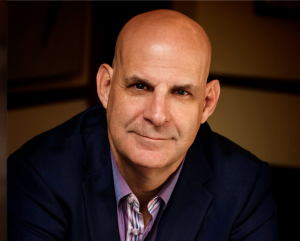 The five-part French-set original series will be the fourth collaboration between Netflix and Coben, following the Polish series The Woods, the British series The Stranger and the upcoming Spanish show El Inocente.

It has been created and written by David Elkaïm and Vincent Poymiro in collaboration with Pauline Guena, Nacim Mehtar and Marion Festraëts. Calt Studio is to begin production in September.

Juan Carlos Medina will direct, while Coben will executive produce.

Gone For Good stars Finnegan Oldfield (Marvin Ou La Belle Éducation, Nocturama) as a man who is forced to face his past, including the tragic deaths of his first love and his brother, when his new partner disappears during his mother’s funeral.

Nicolas Duvauchelle (Lost Bullet), Guillaume Gouix (Who You Think I Am) and Garance Marillier (Raw) will also star.

“Netflix has been a wonderful partner in adapting my novels in a variety of countries – and it’s a particular thrill to be making Gone For Good in France. I’m honoured to be working with this incredibly talented French cast and crew,” said Coben.

Damien Couvreur, head of original French series at Netflix, said: “Gone For Good has all the ingredients of his great thrillers which have consistently sparked joy with our members.”