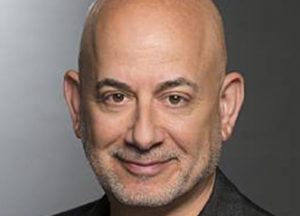 CBS Entertainment is merging its specials and alternative programming units into one department to be led by head of special programming Jack Sussman.

Sussman, who has been with the US network for 22 years, most recently held the post of EVP for specials, music and live events and will now oversee the combined department.

During his tenure at CBS, Sussman has worked on well-received specials including The Carol Burnett Show: Show Stoppers and the Michael Jackson: 30th Anniversary Special.

The restructuring comes following the departure of alternative programming SVP Sharon Vuong in April, who joined NBC the following month.

“Jack is simply one of the best, most experienced and most respected execs in the business, and we couldn’t be in better hands with him overseeing our amazing collection of world-class specials and alternative franchises,” said Kelly Kahl, president of CBS Entertainment.

“Mitch will continue to be the day-to-day point person on all things reality, as well as take on a larger leadership role in this newly combined department. This is an absolutely terrific team.”