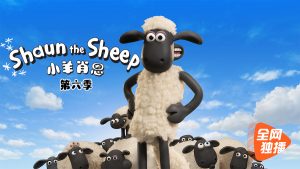 Tencent and Aardman do ‘Shaun The Sheep’ deal

UK studio Aardman has signed a deal with Tencent Video to make the streaming platform the new home for Shaun The Sheep in China.

The streamer will pick up all 170 x 7-minute episodes of the animated series, which is also carried by Netflix outside of China.

A spin-off from Aardman’s Wallace & Gromit franchise, Shaun The Sheep follows the madcap farmland adventures of the titular sheep and his friends.

Robin Gladman, Aardman’s senior distribution and acquisitions manager, said: “Our new deal with Tencent Video is a truly exciting next step for our business in China and a great moment for the studio. Tencent Video will become a fabulous new home for our biggest global brand Shaun The Sheep and help us reach millions of families across the territory.” 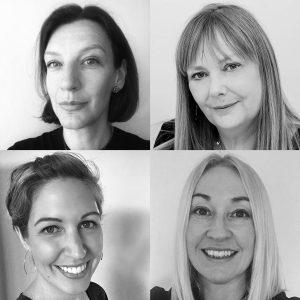 Acamar Films, creator of pre-school animated series Bing, has created a dedicated UK team and made a number of promotions and hires to strengthen key roles.

The company has hired former 20th Century Fox exec Louise Simmonds as head of licensing and merchandising for the new division. Simmonds spent 15 years at Fox and was most recently its VP for EMEA, working across brands including The Simpsons, Family Guy and Diary Of A Wimpy Kid. She will report into executive director of sales Natalie Harvey.

Caroline Payne has also joined the team as UK marketing manager, covering both consumer and trade, and reporting into Head of Marketing Ruedilyn Schwegler. Payne was most recently marketing manager at CinemaLive, and has held roles at StudioCanal and Simon & Schuster.

Laura Clarke has been promoted to head up licensing and merchandising in EMEA, while Etta Saunders Bingham has joined Acamar Films in a global role as senior publishing manager.

Sandra Vauthier-Cellier, CCO of Acamar Films, said: “We are delighted to welcome such experienced new talent to Acamar Films, and also to recognise with these promotions the fantastic work our teams are doing to move and delight our audience, who are at the heart of everything we do.” 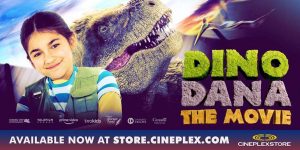 Canada’s Cineplex Store has acquired Dino Dana The Movie for transactional release, after the plans for a cinematic release were paused due to the pandemic.

The film, which has already gone live on the store, is produced by Sinking Ship Entertainment, which is planning a similar release strategy in the US for the film.

TVOkids’, the television home of the Dino Dana brand, will also be launching the movie across all of their channels in September. While distribution agent, Odin’s Eye Entertainment, has lined up worldwide deals, including with New Select Co. Ltd for Japan, Factoris France for France, Yejilim Entertainment for South Korea, and Alarm Pictures Ltd. for the UK.

“We needed to be creative and resourceful when it came to plotting out an altered theatrical release strategy for the film, and our young dino fans are always top of mind,” says Kate Sanagan, co-head of sales and distribution at Sinking Ship. “A transactional release of the feature means kids and families will still get the Dino Dana experience, and we are so thrilled to be working with the Cineplex team to make that happen here in Canada.” 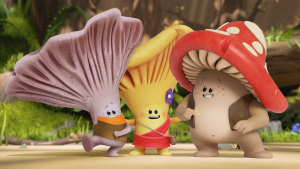 The Walt Disney Company has picked up Mush-Mush & The Mushables for broadcast on The Disney Channel in Germany in autumn 2021, following a deal with kids entertainment specialist Cake.

The children’s CGI comedy is produced by France’s La Cabane and Belgium’s Thuristar in co-production with Cake. The series (48 x 11-minute episodes and 2 x 22-minute specials) follows the adventures of the ‘Mushables’ – mushroom guardians of the forest.

The Disney Channel joins broadcasters including Piwi+ and Canal+ Family in France, VRT-Ketnet and RTBF in Belgium, RTS in Switzerland and RTL Telekids in the Netherlands as well as an international deal with Boomerang. Copyrights Group is the global licensing agent.

Ed Galton, CCO and MD at CAKE said, “Disney is a great partner for Mush-Mush and we are thrilled to have them on board. Together, we are looking forward to introducing our loveable Mushable community and their fun forest adventures to young audiences in Germany.” 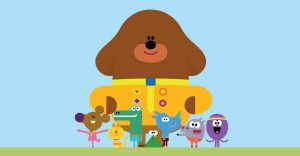 UK-based BBC Studios has partnered with a number of platforms to relaunch its children’s channel CBeebies in India.

CBeebies originally launched in India in 2007 but was taken off the air in 2012. It is now once again available on platforms including Tata Sky, IMCL, Sun DTH and Fastway, with others launching the channel in the coming weeks.

Ryan Shiotani, senior VP and general manager of South and South-East Asia for BBCS, said: “We are passionate about nourishing little minds and having a positive impact on their intellectual, social and emotional development.”