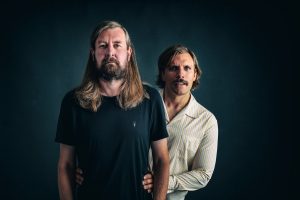 Potts and Nash were the creative minds behind unscripted shows including Nailed It and Sugar Rush for Netflix, as well as the UK’s Made In Chelsea, and teamed up in January to launch the company.

Under the new deal, Potts and Nash will create, develop and produce reality projects alongside the ITV team, with access to the company’s scale and infrastructure.

“Chris and Jonty’s out of the box approach to IP and format creation in the US, with a particular focus on streaming, is just one of many places we’re headed with ITV America,” said ITV America CEO David George. “We welcome their refreshingly singular style and look forward to helping build Nobody’s Hero into a powerhouse label within our portfolio.”

Potts and Nash commented: “It’s been famously said that, in Hollywood, ‘nobody knows anything.’ That includes us, but we’ve managed to make a few good guesses so far – and this deal with ITV America allows us to continue to do that, alongside a top-class, immensely supportive production and operations team.” 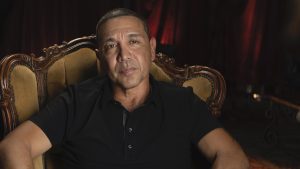 BBC Alba has acquired all three seasons of children’s science show Backyard Science (78 x 30-minutes). Based on the books by Dorling Kindersley and produced by Beyond Productions, the series follows children as they experiment with everyday items in order to make something fun and practical and also provide scientific insights in a child’s world.

A&E Networks UK has acquired The Invisibles (6 x 60-minutes), also from Beyond Productions, which traces the new generation of drug czars who prefer to remain ‘Invisible’ whilst building and maintaining a multi-billion-dollar international drug trafficking industry.

Meanwhile, CBS Reality in the UK has signed up for all seven seasons of CMJ Productions’ US true crime documentary series Fatal Vows (88 x 60-minutes), which examines the criminal psychology behind “deadly divorces”.

LA-based entertainment company Cinedigm has partnered with US OTT streamer FreeCast to bring nine of its streaming networks to FreeCast’s SelectTV service.

The deal with FreeCast is the latest distribution expansion by Cinedigm Networks, which this week also announced a partnership with global media group Team Whistle to accelerate the distribution of its OTT linear and VOD network Whistle TV.

“As families across North America seek more value out of their entertainment dollar, cord-cutting has truly become a mainstream phenomenon,” said Erick Opeka, President of Cinedigm Digital Networks. ” SelectTV provides an amazing value to consumers and their SelectTV service puts us in front of a fast-growing, highly engaged user base. This deal furthers our mission of putting Cinedigm’s networks in every home in America, accessible on every connected device.” 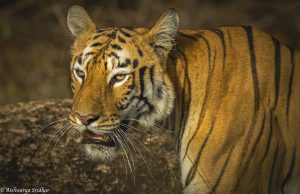 Wildlife and factual production and distribution outfit Earth Touch has secured National Geographic Wild as a co-production partner for the seventh season of its animal rescue reality show Snake City.

Chris Fletcher, Earth Touch director of sales and programming, commented: “Nat Geo Wild is a fantastic and valued partner of ours, we appreciate their continued support and commitment to celebrating the natural world on screen.

“We are proud to be working with a diverse array of voices in the wildlife world – from the aspiring young naturalist Aishwarya Sridhar and her beautiful portrait of a tigress in Queen Of Taru, to Snake City’s Simon and Siouxie and their ongoing quest to rescue every errant reptile under the Durban sun.”