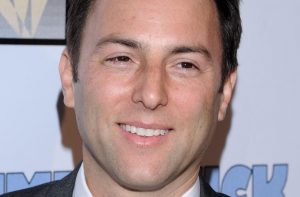 In this installment of TBI’s In Conversation strand, we talk to Sleepy Hollow and Bull showrunner Mark Goffman about one of the few positives to come out of the pandemic and the role of creatives in inspiring change in the face of racial inequality.

Mark Goffman has had a busy few months. The US writer and producer, who got his big break as staff writer on The West Wing back in 2002, has been making the most of the global lockdown.

“I’ve definitely been doing a lot more. I’ve been very efficient,” he tells TBI from his LA home. “Back in March, when the pandemic really started to hit, I had a feature assignment, a TV pilot I was writing and I was just in the midst of going from outline to script on both of those.”

Goffman was the showrunner for Bull and Sleepy Hollow and has served as executive producer across numerous scripted series, including White Collar, Elementary and Limitless.

Until recently, he was working as executive producer on the second season of Netflix’s superhero series The Umbrella Academy, based upon the Dark Horse Comics series of the same name. Since then, he has been working on another project with Dark Horse, based on another of its properties. While he can’t share many details, Goffman does reveal: “We’ve had several meetings with the creator of the comic, who really just said have fun with it. It’s an older title, I think the first version came out in the 90s, so he was much more eager to just have us dig in and figure out reimagining it in the 2020s.”

Goffman is also “incredibly excited” about his upcoming feature film project, which, again, he can’t yet say much about, other than that it is being made with Grey Matter Productions, who were behind Steven Soderbergh’s The Laundromat and that he is in talks with a director who is one of his “all-time idols.” 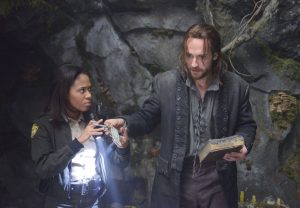 Goffman isn’t the only one in the industry to make the most out of the global pause in production, due to the Covid-19 pandemic; writers suddenly found themselves with more time to work on scripts and shows could take longer in development.

“By mid-April, executives had time to start to read and really spend more time on development,” says Goffman. “So a lot that were already moving forward now had the time to craft their series without the pressure of immediate production dates staring down the barrel. That gave some freedom and people are really getting to hone in and take the time to write all the scripts before starting production.”

Goffman says he is hopeful that something positive can come out of this. “When we have concepts, usually it’s very hard to get actors and directors and talent to read because they’re so busy in production. Now that they don’t have all those commitments, they’ve been more available to read material. They’re finding more material that’s probably better-suited or more exciting to them and those match’s and collaborations are happening more.” 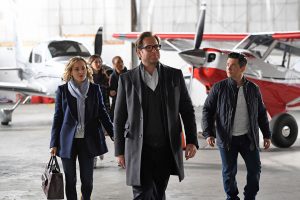 Through groups like the MediaXchange and American Abroad Media, Goffman has been fortunate enough to travel to the Middle East to meet and work with filmmakers and writers in those countries “to collaborate and tell stories that each of us haven’t heard.”

He says that the experience has been eye-opening: “I do find that we have a lot more in common than not and frankly going into some of the Middle Eastern countries I realise just how fortunate we are in America to be able to tell the stories without some of the censorship that they face there. We really need to take advantage of that and tell stories that need to be told, because not every country has that opportunity.”

Given the increased calls to stamp out racism and improve racial representation both in front of and behind the camera in recent weeks, most specifically in the US, it is as important as ever that creatives seize those opportunities that Goffman mentions.

Addressing what the industry can do to bring about real racial equality, Goffman says: “I think as creators and writers, we have the opportunity not just to entertain but to enlighten and, at best, inspire. There are so many powerful stories, courageous stories of people whose stories need to be heard and I think it’s our job to find those stories, find the people telling those stories and make sure that they are heard. The best stories are promoting empathy and understanding and making these connections so that we can have real change.”

Mark Goffman is among a number of high-profile speakers set to take part in MediaXchange’s forthcoming online event, The Role of the Showrunner – Meet The Creatives, which starts 1 July. For more information, click here.