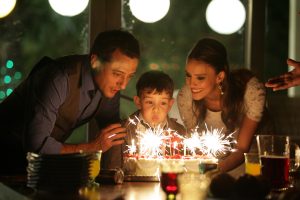 Vlad from Romania’s Pro TV and The End from producers Ay Yapim in Turkey, have both been picked up by a yet-to-be-named new channel specialising in Eurasian content, while Bitter Sweet Life, a Turkish series from Sürec Film, is headed to one of Mint Media’s also as-yet-unspecified, but “family-focused” channels. The historical drama Trotsky, from Sreda Production Company in Russia, has been acquired by Catch On.

This deal makes revenge drama Vlad, which premiered last year, the first Romanian series ever picked up for broadcast in South Korea, with all three seasons acquired by the unnamed channel.

The End, meanwhile, originally aired in 2012 and was the first-ever Turkish Drama to air in Western Europe when it sold to Sweden’s SVT in 2013. The series has since sold to broadcasters in over 50 territories as well as Netflix in a global deal. It follows a devoted wife who learns her marriage has been a lie following a plane crash.

High school drama Bitter Sweet Life originally aired on Star TV in Turkey in 2018. The series will be dubbed into Korean by Mint Media Group, in order to target broad range of viewers and ages on the family platform.

Trotsky is a period drama, depicting the life and demise of Leon Trotsky. The series is the first Russian title acquired by Catch On as the platform continues to broaden its international offering.

“South Korea is known globally as a great source country for drama series, but there is also a thirst for broadcasters to import new international content to the country. We have seen that interest in Turkish drama continues to grow and there is now an increasing demand for even greater diversity – something we are delighted to be able to offer in the form of high quality series from previously untapped countries such as Vlad from Romania and Trotsky from Russia,” said Deborah Youn, head of Asia Business at Eccho Rights.

The CW takes a stab at Killer Camp format

The CW Network has optioned the format to UK indie Tuesday’s Child’s horror-themed reality competition Killer Camp, exclusively in the US.

It has also picked up the 5 x 60-minute first series, which originally broadcast in the UK on ITV2 last year, to air this summer.

The format sees 11 strangers tricked into believing they are going on a fun new reality show called ‘Summer Camp’ only to discover they are actually participating in a ‘murder’ mystery series called Killer Camp.

The contestants compete to earn cash while avoiding being ‘killed’ and therefore eliminated from the game. Each night someone is ‘murdered’ and the remaining campers must work out who the secret murderer is amongst them

Karen Smith, CEO of Tuesday’s Child, said: “It’s fantastic to be working with The CW team again. Killer Camp is a perfect acquisition for right now when all new reality shows are paused. It’s a fresh and exciting mix of sexy, young reality and gameshow, with an intriguing whodunit twist that keeps viewers guessing, and talking about the show, till the final ep.”

Keshet International distributes the format and finished tape of Killer Camp on behalf of Tuesday’s Child Television. Talks are on-going with other broadcast partners elsewhere. 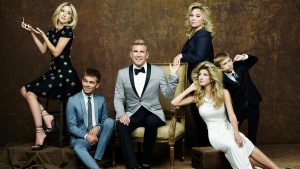 The agreement covers all eight series of the reality series, which was produced for the USA Network by Maverick Television and All3Media America, including the seven finished and one recently announced upcoming run of the show.

The series follows the follows the lives of American multi-millionaire entrepreneur Todd Chrisley, his wife Julie and their five children.

Hayu Australia has also taken the rights to the latest series of UK prodco Lime Pictures’ The Only Way Is Essex (aka TOWIE), which has proved popular with Australian viewers.

Julie Dowding, SVP Australia, New Zealand  at All3Media International, said: “We’re very pleased to see the Chrisley clan find their perfect home in Australia as Chrisley Knows Best arrives there on Hayu, as well as the ever-popular TOWIE, returning with all the latest goings-on from Essex. With all episodes available, Chrisley Knows Best offers ideal content for on-demand viewing, giving fans the chance to fully experience Todd’s unique style of parenting as they immerse themselves in the lives of this colourful and entertaining family.” 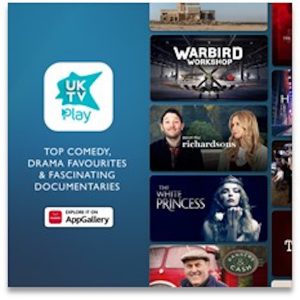 British broadcaster UKTV’s on-demand UKTV Play app is now available on the Huawei AppGallery, making it the first VOD service to launch on the platform in the UK.

The app will give Huawei users access to programming from UKTV channels Dave, Yesterday and Drama, as well as thousands of TV episodes and box sets.

Hugo Allen, UKTV Play’s head of commercial, said: “We’re always looking to make our shows available to our viewers on as many devices and platforms as possible. By making the UKTV Play app available in the Huawei AppGallery, we can ensure that all Huawei mobile phone users can enjoy programmes from Dave, Drama and Yesterday wherever and whenever they want.”

Anson Zhang, MD of the UK consumer business group, Huawei, said: “The launch of UKTV Play on the Huawei AppGallery marks an exciting step for the business. We are thrilled our UK customers can now enjoy instant access to their favourite shows from Dave, Yesterday and Drama channels in an easy and accessible way.” 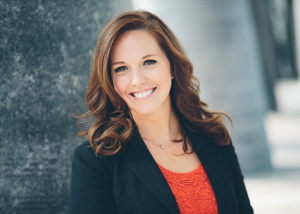 Melissa Williamson has been appointed as SVP of scripted content at the Blue Ant Studios-owned Saloon Media.

In this newly created role, Williamson will now oversee the development and production of all scripted series across comedy and drama.

Based in Toronto, she reports to Saloon Media MD Michael Kot.

Before joining Saloon Media, Williamson was president of Toronto-based production company Pier 21 Films and most recently served as EP on its news satire, The Beaverton for CTV.  She began her career in LA with indie prodco Blueprint Entertainment before joining eOne’s television division in 2008.

“We’re committed to developing a diverse scripted slate amid the COVID-19 pandemic and Melissa’s sharp creative insight and wealth of industry relationships, in both Canada and LA, are invaluable in setting up an impressive pipeline of compelling projects,” said Kot.”

“Michael and the Saloon Media team have a long-standing reputation for producing top-quality content for the world. I already see how this track record is positively influencing our burgeoning scripted slate and new partnerships. I’m thrilled to be leading the scripted portfolio at Saloon and offering creators and partners a dynamic place to develop and collaborate,” added Williamson.

CW picks up UKTV’s Taskmaster for US

The CW Network has picked up UK comedy game show Taskmaster for US broadcast this summer.

Produced by Avalon for UKTV, the show stars comedian and actor Greg Davies in the title role of the all-powerful Taskmaster, who issues simple comedic and bizarre tasks to five regular contestants – usually comedians – with Alex Horne (the show creator) acting as the Taskmaster’s assistant.

The tasks – usually performed in isolation, but occasionally in teams – are designed to encourage the players to think laterally and creatively.

Taskmaster will air on The CW on 2 August.