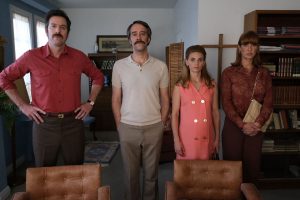 The 10-part first season was produced by Montreal-based Productions Casablanca for Radio-Canada Télé and Tou.Tv Extra.

Set in the 1970s, it recounts the “almost true” story of the ‘Sainte Foy Gangsters’ as a group of unremarkable middle-class suburbanites to descend into a ruthless life of murder and criminality.

Julien Leroux, Cineflix Media said: “We are thrilled that Salto has chosen Happily Married as one of the first series it is acquiring to bring to their viewers in France. The hugely positive response to the series at Berlin—and interest from buyers—was well deserved given the strength of the creative talent on and off screen, and we look forward to further international sales to come.”

Thomas Crosson, head of content at Salto added: “We are thrilled to count Happily Married among Salto’s exclusive programming. This show represents exactly what Salto wants to embody –  an offering with bold and original content which has a perfect mix of freedom of tone and dark humour.”

The Salto platform was created by French broadcasters TF1, M6 Group and France Télévisions and has faced numerous setbacks due to the Coronavirus lockdown. 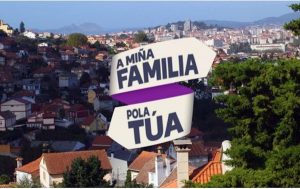 Already in pre-production, the show is produced by the Banijay Group-owned Dlo/Magnolia, in collaboration with La Región Televisión.

A Miña Familia Pola Túa is the local adaptation of Banijay Rights’ Wife Swap format which has had 29 international remakes including versions in Italy, the US and Australia.

The format follows spouses as they switch households. Aided only by an instruction manual left by their predecessor, they must spend the first week living according to the rules of the house. But in the second week they are free to run the household as they see fit.

Casting for the upcoming series is already underway, with the team of A Miña Familia Pola Túa looking for 16 families to temporarily exchange a family member. 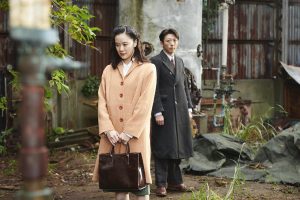 Wife Of A Spy

The 1 x 114-minute Wife Of A Spy is the first 8K production from Kurosawa, who has earned a global reputation for movies such as Tokyo Sonata, Journey To The Shore and Before We Vanish.

Kurosawa co-scripted Wife Of A Spy with Hamaguchi Ryusuke (Happy Hour). Set in Kobe in 1940, just before Japan entered the Second World War, the story follows a woman who takes an astomishing course of action after uncovering her husband’s secrets. It stars Aoi Yu and Takahashi Issei.

Wife Of A Spy is NHK 8K channel’s fourth drama acquisition, following The Sniffer, An Artist Of The Floating World, and A Stranger In Shanghai.

Kurosawa commented: “Figuring out how to combine the abstractness of a past era with the real physical presence of people in front of the camera was a huge initial challenge, but the results were great. The two leading actors poured themselves into their roles and gave a very realistic sense of the era. Everyone on the production team did a great job of supporting the cast. And the 8K images are rich and almost magical. They instantly transport viewers back to Japan in the 1940s.”

Film and TV distribution and streaming network FilmRise has launched a new linear channel, FilmRise Action on The Roku Channel.

The channel features “a steady stream of electrifying action films with A level stars that will blow audiences away with their adrenaline-supplying fiery car chases, awe-inspiring shoot outs, and death-defying stunts.”

All films have been edited to a PG-13 rating to ensure family viewing and at launch, the channel is showcasing titles such as Stolen with Nicolas Cage, Blitz with Jason Statham and The Code, with Morgan Freeman and Antonio Banderas. 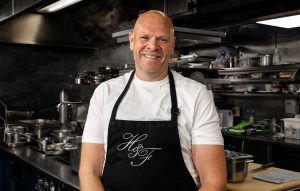 The 12 x 30-minute series will follow the Michelin-starred English chef as he shares his passion for BBQs and cooking with fire, showing viewers how to prepare his favourite dishes – both classics and new inventions.

“Who doesn’t like outdoor food? Sunshine, the sound of food cooking, and most of all, the incredible smells! I’m going to be cooking a wide range of dishes, lots of different flavours, but all of it focused on outdoor eating,” commented Kerridge.

Clare Laycock, VP head of lifestyle and entertainment brands at Discovery Networks UK and Ireland, said: “It’s a joy to welcome one of Britain’s best loved chefs back to Food Network with this new series.

“Tom is an expert at seeking out the most unique recipes. With more and more people turning to BBQs to feed their families this summer, it’s the perfect time for him to help Britain up its BBQ game and create truly stunning meals.”