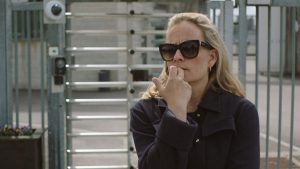 Suck It Up has been created by Steenstrup and tracks the life of a woman who has to look after three teenagers and an ageing father at home, as well as 30 more children at work.

The commission is part of an extensive originals strategy for Viaplay, which is being rolled out into the Baltics and has launched more than 50 originals to date including Swedish Dicks, Wisting and Hidden.

NENT said its most recent Norwegian original, action thriller The Machinery, was streamed more times in its opening 24 hours than any other Viaplay original production so far, following its launch on 24 May.

Filippa Wallestam, NENT Group’s chief content officer, described Suck it Up as “at once heartwarming, infuriating and joyful – just like parenting.”

She added: “Henriette Steenstrup’s career continues to hit new heights and Suck It Up is her most personal project yet, headlined by a complex character living a quietly heroic life that will resonate with audiences everywhere.”

NENT unveiled plans to focus purely on scripted product earlier this year and re-started formal conversations over the sale of its unscripted companies in April, which had been paused in March as Covid-19 spread across Europe.