Russia’s first virtual content market, The Key Buyers Event – hosted by Russian film body Roskino – has announced its programme ahead of its launch on 8 June.

More than 120 Russian companies are set to present over 300 projects, including world premiere screenings of drama series, films, animation and non-scripted formats online at The Key Buyers Event: Digital Edition from 8-15 June.

Among the highlights are are Sputnik, from Art Pictures Studio and Vodorod and Six Empty Seats from GPM ETV.

Buyers and producers from over 40 countries, including RTL, AMC Networks, Mars CGV, Wild Bunch, Beta Film, Koch Media, and Iqiyi, have registered for the event.

Supported by the Ministry of Culture and the Moscow Government, the online event will also include panel discussions and company presentations, alongside the screenings and a large co-production section.

Evgenia Markova, CEO of Roskino said: “Such a national virtual market is unprecedented, and it is exciting to be the pioneers. For eight days, The Key Buyers Event: Digital Edition has been designed to facilitate networking, inspiring discussions and screenings that showcase the diverse landscape of Russian content inclusive of films, series, animations, and documentaries, and to promote Russian talent around the world.

“During these challenging times, we are adapting to champion our filmmakers to give them every opportunity to engage in global exchange through the virtual market, which is possible with the support of the Ministry of Culture and Moscow Government.”

The festival was one of the many casualties of the Covid-19 pandemic that pivoted to an online platform to allow the event to go ahead and yesterday’s master class marked the beginning of a four month-long series of content. Further industry panels and interactive video sessions will be announced in the coming weeks, joining other events including The Rockie Awards on 15 June and BANFF Day on 16 June, which will tentpole the season of programming and offer an array of showrunner and senior exec sessions.

The Snowpiercer master class featured an in-depth conversation with Oscar-winner Jennifer Connelly (A Beautiful Mind) and other actors from the show, along with showrunner and executive producer Graeme Manson, Tomorrow’s CEO Marty Adelstein (Hanna) and Netflix VP of content Larry Tanz.

“We are pleased to provide an opportunity for the industry in Canada and around the world to join together for this Virtual Edition of Banff,” commented Randy Lennox, president of Bell Media and chair of the Banff World Media Festival board, earlier this month.

“While we’ll miss the mountains, this is a unique opportunity to connect, inspire, and support one another from a distance.” 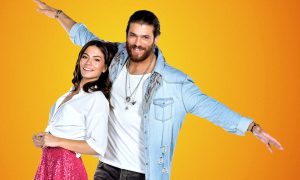 The agreement follows recent sales of the show to Latvia, Bosnia, North Macedonia and Georgia and following high ratings on Star TV in its native Turkey, the series had already been sold to in Greece, Spain and Israel, with the drama now aired in 22 countries in various regions.

The Gold Films (Iffet, Dila, Never Let Go)-produced series stars Demet Özdemir and Can Yaman and tells the story of a “fun-loving daydreamer” who sets off on a journey of romantic adventure, leaving behind her father’s grocery store to “tame the wild heart of a world-famous photographer” and teach them both about love.

Izzet Pinto, founder and CEO of Global Agency, said: “Recently sales of our hit romcom Daydreamer have increased a lot. In these difficult days we are in, romcom series like Daydreamer will be very good for the viewers’ souls. Daydreamer achieves high ratings and actors in the series have large fan groups in all countries where it is broadcasted.” 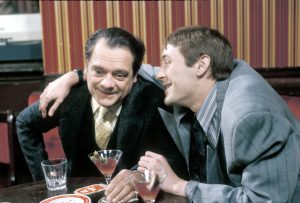 British multichannel broadcaster UKTV has seen a 55% increase in the 16-34-year-old demographic during lockdown, with many younger viewers tuning in to early episodes of classic British shows such as The Bill and Only Fools & Horses across its channels.

Classic shows such as The Vicar of Dibley, Only Fools & Horses and Gavin & Stacey feature in UKTV’s top 10 linear shows for 16-34-year-olds, alongside UKTV’s original titles such as Red Dwarf: The Promised Land, Hypothetical and Meet The Richardsons. Meanwhile, early data for brand new UKTV Original Big Zuu’s Big Eats, which premiered on Dave in mid-May, reveals it is a hit with 16-34-year-olds with 47% of its audience falling into this age bracket.

As well as linear viewing, UKTV’s on demand service, UKTV Play, has seen a 16% volume increase in 16-34-year-olds using the platform and a 27% increase in views to the service overall.

UKTV CEO Marcus Arthur commented: “Television can bring great comfort in these troubled times. We’re staying at home and the news is bleak, but escapist, entertaining and comforting TV can bring great joy. Shared viewing has increased by a quarter as families sit down together to watch TV and the boost in 16-34-year-olds visiting UKTV’s channels has contributed to the network’s strong growth in share of commercial impacts.

“It’s heartening to see younger viewers discovering iconic shows that have stood the test of time and are just as funny and engaging today as they were years ago.”