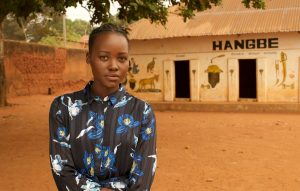 Warrior Women With Lupita Nyong’o is a 1 x 60-minute documentary from London-based Sandstone Global Productions, originally for Channel 4 in the UK. It follows the Oscar-winning star of Black Panther as she travels to West Africa to learn about the Agoji warrior women who helped to inspire the fictional Dora Milaje – one of whom Nyong’o portrayed in the Marvel blockbuster.

The first season of My Big Family Farm (4 x 60-minutes) from Renegade Pictures and Motion Content Group, originally for Channel 5 in the UK, chronicles the hard work of hill shepherds Amanda and Clive Owen as they raise nine children – and more than a thousand sheep – on one of the most remote farms in Britain.

Cineflix Productions and INE Entertainment’s 3 x 60-minute series Legends Of The Deep (made for Discovery Science in the US) follows Céline and Fabien Cousteau as they explore some of the greatest mysteries of the ocean.

The 7 x 60-minute second season of Seadog Productions and Motion Content Group’s My Family And The Galapgos (originally shown on Channel 4 in the UK) follows TV host, marine biologist and conservationist as he returns to his “favourite place on Earth” – the Galapagos Islands.

The first 26 x 60-minute season of Homicide: Hours To Kill, made by Cineflix Productions for A+E Networks UK, follows investigators as they piece together events during the final 24 hours of a victim’s life.

Lucinda Gergley-Garner, SVP of sales for North America and German-speaking territories at Cineflix Rights, said: “I’m delighted to be continuing our longstanding relationship with CBC with these latest sales. These titles represent some of the recent highlights from our factual line-up of programming and I’m confident they will appeal to Canadian audiences.” 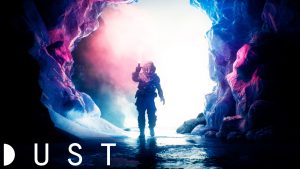 Among its original films headed to All 4 are Nine Minutes, starring Constance Wu (Crazy Rich Asians) as an astronaut exploring a newly discovered planet; Orbit Ever After, with Thomas Brodie-Sangster (The Maze Runner), in a tale that shows love transcends all boundaries – even space; and The Candidate, starring Meghan Markle, the Duchess of Sussex, exploring what happens when our darkest thoughts are given a voice.

“We are thrilled to be partnering with All 4 to bring Dust to their passionate, digitally savvy audience, and can’t wait to see how our programming resonates with the U.K. fans,” said Janet Brown, EVP of acquisitions and global distribution at Gunpowder & Sky. 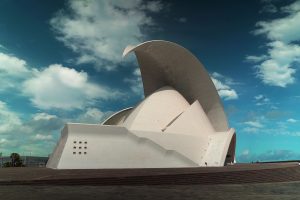 How Did They Build That?

TCB Media Rights has reported a surge in the demand for factual content, after “record” sales of more than 430 hours distributed to broadcasters around the world following MIPTV Online+.

TCB, which was recently acquired by Australia-based Beyond Entertainment Ltd following the collapse of the Kew Media Group, said that two of its original titles – How Did They Build That? and Massive Engineering Mistakes – sold particularly well and cited a “growing global demand for premium science and engineering content” for their popularity.

How Did They Build That? was picked up by Smithsonian Channel for North America and the UK, and RTL for the Netherlands. The Curve Media-produced TCB Original, which explores feats of incredible engineering, has already been licensed by BBC International Channels for Scandinavia, CEEMEA and Asia, and by Welt for Germany.

Massive Engineering Mistakes is also headed to the Netherlands, adding National Geographic Channel to its global roster of broadcasters. Produced by Argonon-owned BriteSpark Films in association with TCB, the series examines “construction calamities” from around the world.

TCB reports numerous other sales have been closed following the MIPTV Online+ event, which took the place of the annual MIPTV content market, due to be held in Cannes at the end of March, but cancelled due to the Covid-19 crisis.

Among the sales were a 60-hour package deal with Czech comcaster FTV Prima for titles including Woodcut Media’s World’s Greatest Palaces, Like A Shot Entertainment’s Shipwreck Secrets and BriteSpark’s World’s Most Scenic Railways.

A further 50 hours of TCB content is headed for South Africa on the back of deals with Ignition TV and The Home Channel for shows including AGB Films’ Driving Mum & Dad Crazy, Barcroft Studios’ Ultimate Rides, Friel Kean Films’ Money For Nothing and CJZ’s The Great Australian Cookbook.

TCB’s crime brands also continue to perform well for Japan’s Nippon TV, which has acquired the seventh season of AMS Pictures’ Murder Made Me Famous, while France’s RMC Story has picked up the last three series of CJZ’s Border Patrol.

“It’s fantastic to see so many hours of great television travelling around the world in spite of the many challenges that our industry is facing,” said Simona Argenti, TCB head of sales.

Media Group Ukraine has commissioned a local version of The Masked Singer format, following a deal with the globally successful show’s distributor Fremantle.

The group has acquired the rights to remake the show, which originated in South Korea, with a 12-episode series due to air on its flagship channel Ukraine with the title Maska.

The series sees famous singers perform popular songs while disguised in elaborate costumes, while a panel of judges tries to work out the celebrity’s identity.

The format is now watched in more than 50 countries around the world and was recently picked up for broadcast on NTV in Russia, where it is already proving to be a ratings hit.