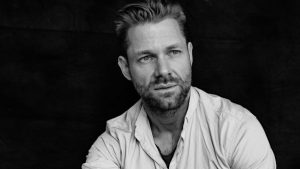 The agreement will see Leinemann write, develop and direct German and international originals for Sky. Leinemann won several awards for his 2014 debut film Wir Waren Könige (The King’s Surrender) including best feature at the Torino Film Festival, and has since produced TV dramas such as GDR’s Der Letze Genosse and ZDFNeo’s Tempel, which is currently being remade for US screens.

Leinemann said: “Sky is now offering me the opportunity to tell bold and ambitious stories and to develop freely. It reminds me why I came into film-making in the first place and I have a great sense of excitement and joy.”

Sky Studios CEO Gary Davey added: “This is great news for Sky Studios’ ambitions in Germany. Phillip is a top-level talent with the creativity and work ethic that is a perfect fit for us.” 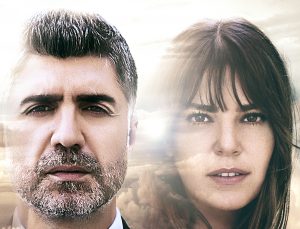 The acquisition comes soon after a recent sale in El Salvador, which means the drama is now airing in more than 30 countries in various regions and Global says there are on-going negotiations for Evermore in other territories.

The series is a love story, following two people from very different backgrounds and the struggles that they face because of this.

Izzet Pinto, founder and CEO of Global Agency, said: “It’s a big challenge to be asked to wait patiently for weeks at home. In these difficult days we try to help our clients by providing good content.”

BBC Studios and ITV-owned streaming service BritBox is adding a special “Heroes of Healthcare” content package on 6 May to pay tribute to frontline healthcare workers battling the current crisis.

Available in the UK, US and Canada, Britbox will launch a curated selection of medical-themed programming, including the service’s debut of 2008 1 x 60-minute drama Florence Nightingale, which stars Laura Fraser (Breaking Bad) “as the mother of modern nursing in honor of what would have been her bicentenary.”

Other key titles in the collection – many of them showing in the North American territory for the first time – include Frankie, Super Nurses and Horrible Histories: Formidable Florence Nightingale. 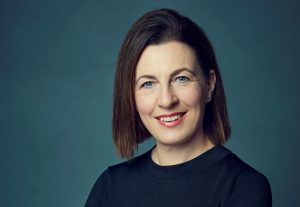 Monteith will take up the newly created position in mid-May and work alongside CEO Christine Langan.

She joins Baby Cow with 20 years’ experience of the media industry. She was most recently interim chief marketing officer for BBC Studios and has held a number of leadership roles at the BBC, including BBC Studios’ global director.

Baby Cow was co-founded in 1999 by Steve Coogan (I’m Alan Partridge) and Henry Normal (The Royle Family) and is known for its acclaimed scripted comedy content for television including Gavin & Stacey, The Mighty Boosh and Red Dwarf. Since 2016, BBC Studios has been its majority shareholder.

Earlier this year, Channel 4 commissioned Chivalry, a comedy drama written by and starring Sarah Solemani and Steve Coogan, from the company. Baby Cow also plans to soon be back in production with BBC Two comedy series, The Witchfinder, written and directed by Rob and Neil Gibbons and starring Daisy May Cooper and Tim Key.

Coogan commented: “Baby Cow has been going through a period of transition and development, expanding into drama as well as building on our reputation for pioneering comedy shows. We are now at a stage where much of our slate is fighting fit and ready to go.

“I, along with Christine Langan and the wealth of talent we have nurtured, have been beavering away on a number of diverse, new films, comedies and TV dramas. Sarah Monteith’s appointment is a testament to BBC Studio’s faith in our prospects. She is exactly what the company needs to maximise the potential of the quality content that is the hallmark of Baby Cow.”