Disney+ is to launch an eight-part docuseries exploring the creation of its hit original series The Mandalorian, as it attempts to avoid the production lull caused by the Covid-19 lockdown.

Disney Gallery: The Mandalorian will debut on 4 May, known by some as Star Wars day, and will delve into how the show was created and the legacy of the original George Lucas movies.

It will include interviews with cast, crew and the production team, as well as never-before-seen footage and roundtable conversations helmed by director, writer and producer Jon Favreau.

He described the show as “an opportunity for fans to take a look inside and get to see a different perspective, and perhaps a greater understanding, of how The Mandalorian came together and some of the incredibly talented contributors throughout season one.”

The docuseries comes ahead of the second season of The Mandalorian, which debuts in autumn. The current season completes its first season across Europe on 1 May. 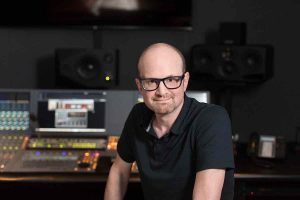 US-based producer-distributor GRB Studios has struck a deal to sell more than 500 hours of content from Comedy Dynamics.

Comedy Dynamics was founded in 2008 by Brian Volk-Weiss and claims to be the largest independent comedy production company, responsible for the reboot of Mad About You featuring Paul Reiser and Helen Hunt, as well as Netflix’s Kevin Hart’s Guide To Black History and The Toys That Made Us among numerous others.

Brian Volk-Weiss, founder of Comedy Dynamics, said: “Our commitment to getting top tier comedy content into the hands of everyone has taken a big step forward with this deal and we look forward to working with our great partner, GRB Studios.” 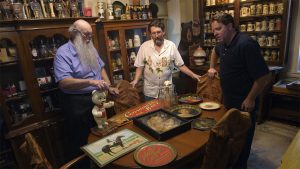 UK distributor DRG has almost 30 hours of programming to its slate, with content from producer partners in the US, the UK and Scandinavia.

It was produced with VPM for PBS stations in the US by New York-based production company MY Entertainment, in association with Virginia-based Shipyard Entertainment.

The Art Of Living follows chef Niklas Ekstedt as he explores the secret of living past the age of 100; Four Hands Menu sees two chefs sharing their experiences to create dishes; and Food And Fire explores cooking with over flame.

Mette Kanne-Behrendsen, DRG’s SVP of acquisitions, said: “Like every distributor and rights owner at the present time, we are working even harder to maintain a pipeline of fresh new content, so we are delighted to bring so many new hours to market – and from three very different producer partners.”