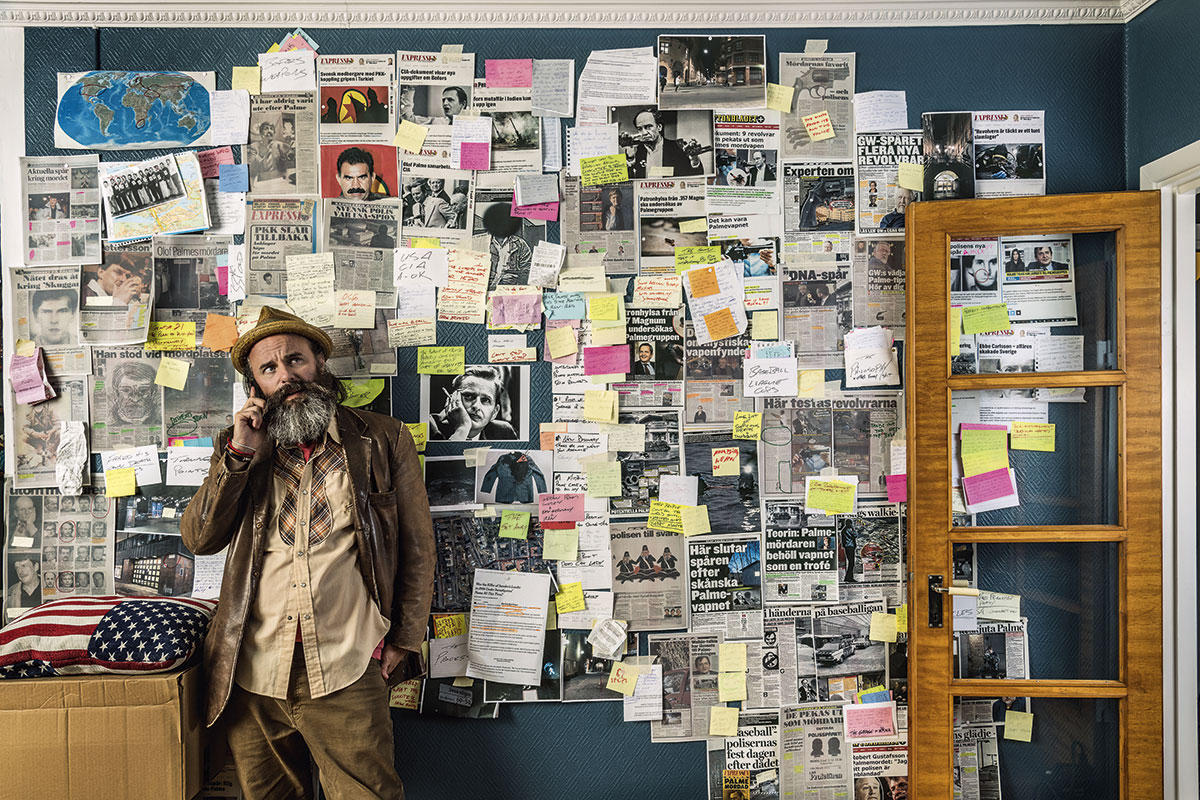 The death of real-life Prime Minister Olof Palme rocked Sweden and the world in the 1980s yet his death has never been solved. Enter George English, an American living in Sweden, who is grieving from the death of his father, the collapse of his career and an insurmountable tax bill.

Although fictional, the story is based on the experiences of Schiaffino Musarra, who wrote and stars in the show. “While looking for a way to make some fast cash, without having to break the law, I stumbled onto the fact that the murder of former Olof Palme was not only still an open investigation, but that there is also a 50m Swedish Crown reward for anyone who can provide information that leads to the killer,” he explains to TBI.

“After spending a few days thinking about actually solving the case, I realised I would be better off writing a dark comedy about a guy who thinks that solving the most unsolvable murder mystery in Swedish history could be the answer to all his problems.”

A major discovery means George finds himself on a collision course with history, as the investigation goes from a laughing stock to a closely watched operation by those who would rather the case remain forever unsolved.

So how did the show come about? “Hard work and countless hours of research led to nothing but five years of total rejection for We Got This,” jokes Musarra.

“Olof Palme is a sensitive subject in Sweden and comedy is a difficult thing to prove on a piece of paper, so I decided to make a trailer that made it look like the show was already done. The concept trailer and the storyline I had put together to prove that this could be a TV series completely changed the conversation and led to signing on with Jarowskij, which also brought Banijay into the mix. It led to winning the Series Mania co-pro pitching competition and ultimately led to a full development deal with SVT, Sweden’s biggest channel.”

For Chris Stewart, Banijay Rights’ scripted commerical director, the show proves that “Nordic television can be brilliant without being traditional noir.”