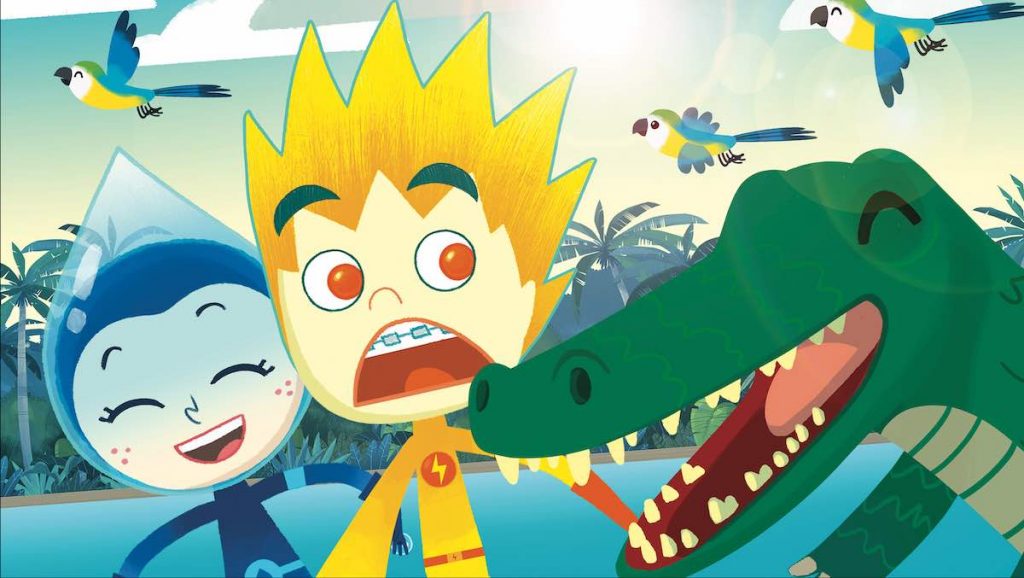 Italy’s Cartoonito has picked up animated children’s series MeteoHeroes for its global premiere.

The show is a co-production between Mondo TV and Italian weather forecasting group Meteo Expert Center.

The series, in which six children fight pollution and extreme weather with their superpowers, will air a special four-episode primetime premiere on 22 April to coincide with the 50th anniversary of Earth Day.

The series will then launch in full in June, where the four opening episodes will be shown again, followed by 14 new instalments.

Matteo Corradi, Mondo TV CEO, said: “The arrival of MeteoHeroes on Cartoonito is a major statement about the quality, originality and potential of this new series. We think the time is right for a show that addresses important issues in an engaging, exciting way that boys and girls everywhere will love – and this is it. There really isn’t anything like MeteoHeroes on TV anywhere.”

Israel’s Nickelodeon Hot has commissioned 40 episodes of the young adult drama Ziggy from ADD Content, which will produce and represent the series for global distribution as both a format and finished series.

The series follows the story of 16-year-old Dori, who is lacking in confidence due to having the skin condition vitiligo. In order to fulfil his secret ambition of singing and performing on-stage, Dori creates a charismatic alter-ego named Ziggy.

Hadas Mozes-Lichtenstein, co-founder and head of international at ADD Content, said: “This show is a really important story in a time where we as a society, and particularly our teenagers, are more and more image conscious. We’re excited to bring this fun, relatable coming-of-age series to life on Nickelodeon.”

Sky Kids has made a number of educational collections available to help support youngsters who are stuck at home due to the Coronavirus pandemic.

The Learning From Home collections are arranged in three key curriculum stages:

– Foundation (for under-fives), which includes numeracy show Numberblocks, alongside other programmes such as Ryan’s Mystery Playdate and Octonauts.

– Key Stage 1 (for five-to-seven-year-olds), which features natural history and science programming, including Ocean Rescue: Dive In & Do It and Maddie’s Do You Know?

– Key Stage 2 (for eight-to-11-year-olds), featuring current affairs and factual programmes like Horrible Histories and Operation Ouch, as well as a special episode of weekly news show FYI focusing on the Coronavirus.

The PSAs make use of brands from the company’s catalogue, including Llama Llama, Warren Buffett’s Secret Millionaires Club and Rainbow Rangers, to inform children about safe hygiene and social distancing,

Warren Buffett, who co-created and stars in Warren Buffett’s Secret Millionaires Club, and Jennifer Garner, who stars in Llama Llama, have lent their voices and donated their time to participate in the production of the PSAs.

“Given where we are today, we recognize we had an opportunity and obligation to utilize our well recognized brands we have to deliver an extremely important message to parents and children, particularly those in vulnerable situations.

“I am extremely grateful to Warren and Jennifer, for their generosity in working with us to develop this PSA campaign, as well as the many talents behind the scenes donating their time and effort to bring these to the marketplace in record time,” said Andy Heyward, chairman and CEO of Genius Brands.

Among the shows joining the library are Cat And Keet, Darwin And Newts, 3 Rabbits, Chai Chai, Gummy Bear and Emmie.

“We are committed to offering a diversity of entertaining children’s content from around the world,” said Tony Havelka, CEO of Ameba TV.

“There is such an enormous amount of great and entertaining international content available that hasn’t quite touched young North American audiences yet. We are so excited to bring this series of stand-out programming from Toonz Media Group to our own young viewing audience and thrilled that they have selected Ameba as their streaming partner.”