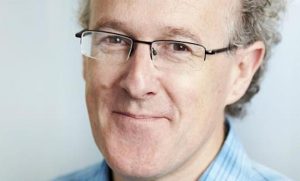 Hamilton will report to group CEO Anna Marsh and will join the company on 22 April.

He replaces incumbent CEO Nicola Shindler, who was appointed to the role in 2018, and now becomes chief creative officer for the company.

Hamilton was president, international, film and MD of eOne UK from 2018-2019, where he oversaw acquiring and promoting feature films including 12 Years A Slave, Dallas Buyers Club, The Girl On The Train, The Death Of Stalin and the Twilight and Nativity! franchises.

His arrival comes after StudioCanal group CEO Marsh’s own appointment in December. She was promoted to the position after previously being MD of StudioCanal’s UK division when previous incumbent Didier Lupfer stepped down at the end of last year.

Hamilton said: “I am really excited to join one of the world’s greatest film companies. I have long admired the slate and ambition of StudioCanal and will take great pride in driving the UK business further forward.”

Marsh added: “It is an absolute pleasure to welcome Alex to the helm of StudioCanal UK. He is the perfect fit, with vast industry experience, a passion for film, filmmakers & bringing top quality content to the British audience.”