‘Inside The Ambulance’ prodco Brown Bob expands with new US office 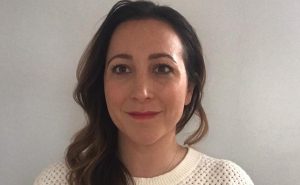 UK-based Brown Bob Productions has launched its first US office and appointed a former NBCUniversal producer to expand its operations.

Gillian Hourihan has been appointed as development producer at the new US division. Reporting to joint CEOs Nicki Gottlieb and Jacqueline Hewer, Hourihan is tasked with expanding the US business, developing and pitching content to networks and digital platforms as well as forming new collaborations.

She previously worked in Brown Bob’s London office, working on features, formats and reality TV shows including Made In Chelsea, and was previously a producer at NBCUniversal. Hourihan starts her new US role with immediate effect.

Brown Bob is known as a specialist in rig shows and has produced returning series such as Inside The Ambulance, which was recently renewed for two more seasons on the UKTV-owned W channel.

Gottlieb said: “We have now produced 15 series over the last few years using our bespoke rigs and we are delighted that we can now build our capabilities in the US and bring our expertise to American networks.”