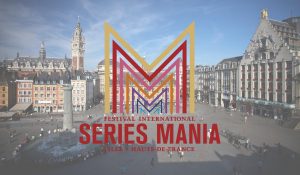 French drama festival Series Mania has become the latest TV event to be cancelled as the impact of Coronavirus continues.

The Series Mania Festival, which includes a raft of screenings, had been due to start 20 March in Lille, while the Forum strand of the event had been slated for 25-27 March.

However, in a tweet, organisers confirmed that “after trying everything to ensure the 2020 edition of the festival, we have been forced to cancel it. SeriesMania must remain an exceptional event and we could not have offered it with the same ambition. Thank you for being so many of us supporting us, we will be there in 2021!”

Rodolphe Belmer, president of Series Mania, said: “Every year since its inaugural event in Lille, Series Mania has attracted 80,000 festival-goers, most of whom have already booked their event tickets, and more than 3,000 professionals.

“Due to the recent restriction from the French government banning gatherings of more than 1,000 people, coupled with the travel restrictions for many of our international participants, we have made the difficult decision to cancel Series Mania. In this delicate period, we are very touched by the ongoing support of our French and international partners, and we want to express our warm thanks to everyone.”

Laurence Herszberg, founder and general director of Series Mania, added: “It is with great sadness that we have had to make this difficult decision. However, our utmost concern is for the safety and well-being of our valued clients, guests, and staff who have invested so much time these past few months. I would like to thank the city of Lille, Hauts-de-France region, and European audiences for their enthusiasm and passion.

“I would also like to thank every creator, talent, producer, and broadcaster who have trusted us since the beginning. To our audiences, professionals, politicians, and industry leaders, we will be back stronger than ever in 2021 with a new edition that will be, from the bottom our hearts, even more ambitious and radiant.” 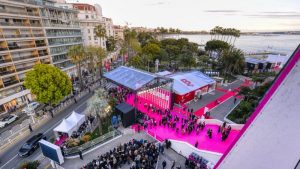 Xavier Bertrand, president of the Hauts-de-France region, added: “The Hauts-de-France region has had the honor of hosting Series Mania since 2018 and is already looking forward to welcoming the Festival, Forum and Lille Dialogues in an ambitious way in 2021, as well as its further development in future years.  Series Mania has our total support, as well as the people around the world during this difficult time.”

The news comes after French authorities expanded its ban on public gatherings last weekend to include groups of more than 1,000 people – down from 5,000, prompting concerns for the annual drama event.

Numerous events have already been cancelled or postponed as Coronavirus impacts markets and conferences both in Europe and around the world. Austin-based SXSW and Cabsat in Dubai have both been affected, while Reed Midem cancelled MIPTV in Cannes last week.

Rai also confirmed it was not moving ahead with Cartoons on the Bay, which had been due to take place in Pescara, Italy between April 2-5. The Italian broadcaster also unveiled plans to offer more programming for kids, following the government’s decision to put the entire country on lock-down after more than 9,000 cases were reported.

Italy has been the most affected European country to be hit by Coronavirus to date, with schools now closed until 3 April. As a result, Rai2 is expanding the number of slots for kids-skewing shows and increasing educational fare on Rai Yoyo and Rai Gulp.

Amazon, meanwhile, has said it will make its Prime Video service available for free for customers living in the Lombardy region, one of the most affected parts of the country.