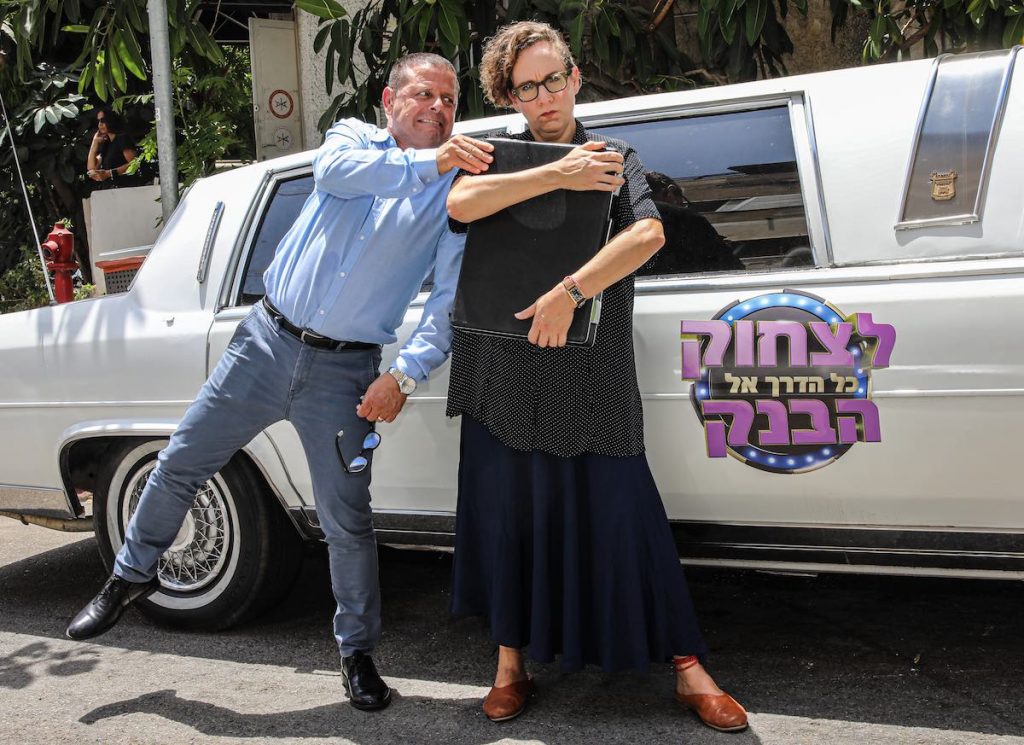 Gil Formats strikes in US with 44 Blue

Red Arrow Studios-backed 44 Blue Productions has taken US rights to Israeli format Laughing All The Way To The Bank.

The Gil Formats show requires contestants who think they are funny to make the TV channel’s accountant laugh out loud. The accountant will do her best to keep a straight face, not laugh and most importantly, not spend the channel’s money.

The format was launched at MIPCOM last year and has also been acquired by Endemol Shine Iberia in Spain and Portugal, and Seapoint in Germany.

Gil Formats creates, develops and distributes formats for the international market and has been behind shows including Pregnant And Platonic, which launched on BBC2 and is currently being adapted in Finland by ITV for Nelonen.

The format, which is named locally Gry Małżeńskie, airs on Polsat Café and has already been on air for six seasons., with a seventh now kin the works.

The daily stripped show features four male diners men, three married and one single, who take a savvy bachelorette out on dinner dates and try to convince her that they are single. If she guesses right and chooses the single bachelor, she leaves with them on an all expenses paid trip and wins a cash prize.

If she guesses wrong, the married man who deceived her leaves on the trip with the prize money and his own wife.

Izzet Pinto, CEO of Global Agency, added that the show had already been licensed in Belgium, Latvia, Canada and Croatia.

FRAPA, the Format Recognition and Protection Association, has appointed Mike Beale, MD of global creative network at ITV Studios, to its management board.

Beale has been a member of the FRAPA general board since 2015 bit his elevation to the management board will enable him to play a more active role in shaping the organisation’s objectives to promote a global understanding of the primacy of original format creation.

Phil Gurin, co-chair of FRAPA, said: “Mike Beale is a world-class creative leader. His unrivalled global perspective make him the perfect addition to the management board as we launch our FRAPA 2020 Vision Plan to mark our 20th anniversary. Mike’s knowledge and experience will be invaluable as we work to offer our growing global community of format producers the best services, resources and guidance. He also rocks a set of magnificent pocket squares — a colourful addition to any group photo.”

Classic celebrity hidden-camera prank format Surprise Sur Prise has returned to television on France 2, where it previously aired from 1993 to 1995.

The reboot of the format, which is sold by Canada’s Media Ranch, marks the first production from Thierry Lachkar’s recently launched company, Deeply Superficial. Lachkar is the former Shine France CEO who oversaw local adaptations of The Voice and MasterChef.

Lachkar said: “Surprise Sur Prise has been a joy to produce and we have a superbly entertaining programme to share with French audiences. We are excited to be back on France 2 as an excellent prime time event on Saturday night, and we are confident that audiences will embrace this latest version.”

Ferron added: “We are excited to be distributing this fantastically funny program around the world and look forward to announcing more international productions in the coming months.”