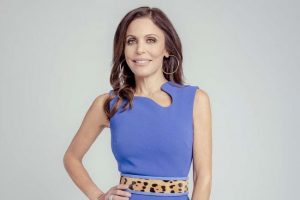 In each half-hour episode, contestants will compete for a chance to be second-in-command to Skinnygirl founder Frankel, and win a position working on her executive team.

Through a series of real-life tasks and challenges, each aspiring contestant will be tested to see how far they can push their creativity and determination to rise to the top.

The Big Shot with Bethenny (wt) is produced by MGM Television, B Real Productions and Big Fish Entertainment.

Frankel is the founder & CEO of Skinnygirl, a lifestyle brand for women, and former star of the Bravo series The Real Housewives of New York City.

“I first met Bethenny when I put her on the first season of The Real Housewives of New York City and she’s always both impressed and entertained me,” says Jennifer O’Connell, executive vice president of original non-fiction and kids programming, HBO Max. “It’s incredible to see her empire continue to grow and I know that candidates will be clamoring to work for her.”

Frankel added: “MGM has been neck-in-neck with me with ideas and their execution. I couldn’t be more thrilled to continue my longstanding relationship with Mark Burnett on this series and pay this American Dream story forward.”