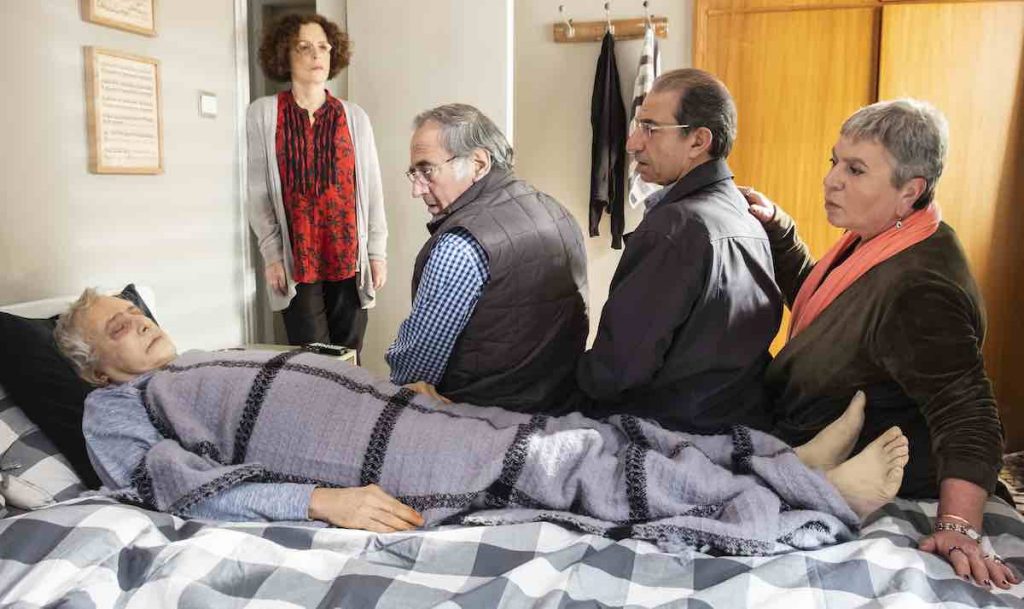 The format, which is also being adapted in the US, is sold by Keshet International (KI) and is being produced by Keshet Tresor Fiction (KTF), the German scripted division launched by KI in late 2018.

Stockholm is adapted from the bestselling book by Noa Yedlin and was first produced by Artza Productions for Keshet Broadcasting and Israeli pubcaster KAN. The story follows a lively group of friends in their late sixties who cover up their friend’s death so that he can achieve his lifelong ambition of winning a Nobel Prize.

Each episode is devoted to one of the four friends to give a unique perspective on their relationship with the deceased.

KTF’s 4 x 45-minute adaptation will be known locally as Unter Freunden Stirbt Man Nicht (You Don’t Die Among Friends) and has been written by Claudius Pläging (Der Vorname, Pastewka).

Bartel and Neeb said: “Right from the outset, we were thrilled about how cheerfully, candidly and honestly the series is tackling the major topics of life. We’re already proud to have such an outstanding crew and team both in front of and behind the camera.”

Christ added: “In an age when people live longer and have better lives, Unter Freunden Stirbt Man Nicht offers a refreshing perspective on this fascinating age group. This dark comedy breaks stereotypes and conventional assumptions, as our silver surfers’ friendships, family, loyalty, professionalism, love and lust are all put to the test – and the results are not what we may imagine.”

The black comedy is the first commission for the scripted division at Tresor, the German producer that KI acquired in 2017.

KI sells both the format and finished tape of Stockholm, which premiered at the 2018 Toronto Film Festival. It has since been sold to US streamer Topic and CBC in Canada, with option deals struck in Finland and Sweden. A second season is also in the works in Israel.