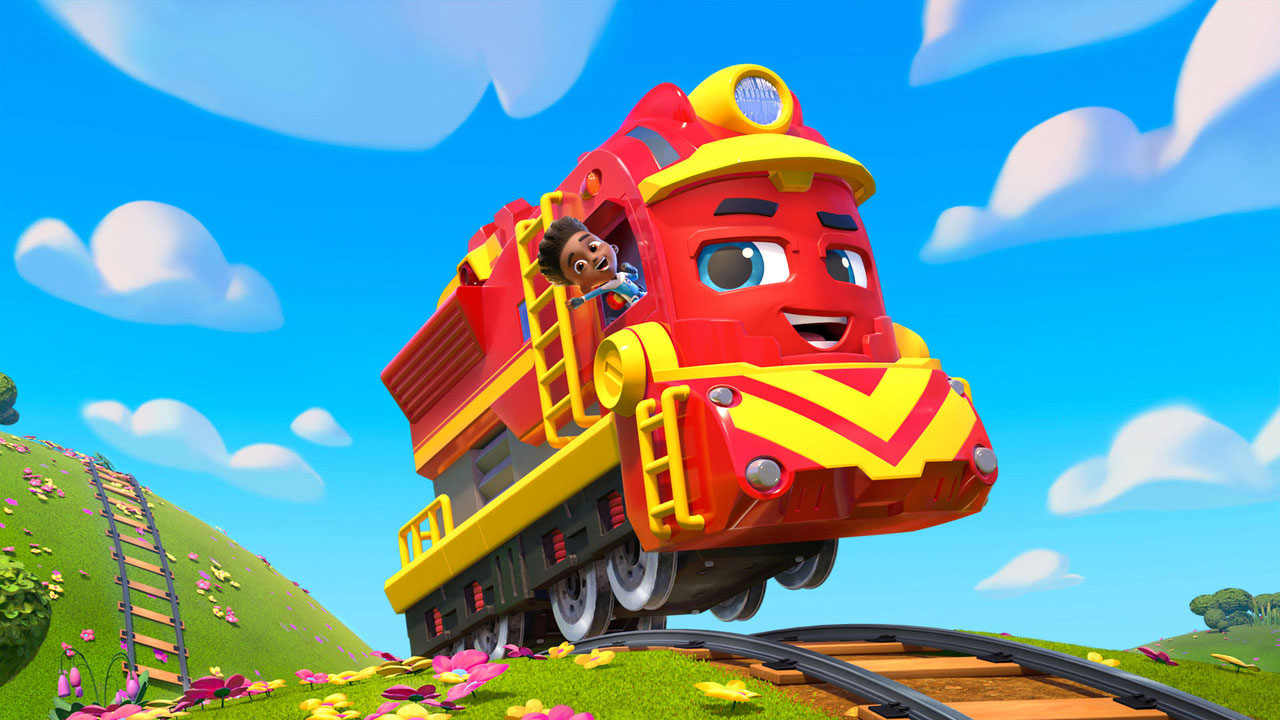 Netflix and Spin Master Entertainment have boarded Mighty Express, a CG-animated series for pre-school children from the creator and producers of PAW Patrol.

Mighty Express features an ensemble cast of trains and kids in an expansive world with amazing adventures. Season one will feature 52×11-minute episodes and debut on Netflix this September.

Meanwhile, development has begun on a second season of The Fox Badger Family by producers Ellipsanime and Dargaud Media, part of the Mediatoon group.

New free TV channels taking the series include TV Brazil, CCTV-14 in China and Télé-Quebec in Canada, as well as RAI Yoyo in Italy, WDR/ARD/KiKa in Germany, Sweden’s SVT, RTBF/Ouf Tivi in Belgium, RTS in Switzerland and Poland’s TVP-ABC in Europe, with Norway’s NRK Super and YLE in Finland and RSI in Switzerland acquiring both free TV and VOD rights.

In Central and Eastern Europe RTV Slovenja, Ceska TV in the Czech Republic, and RTV Slovenska in Slovakia, Prava i Prevodi in Serbia and LTV in Latvia have picked up the show, alongside a deal with Mauritius Broadcasting in Mauritius.

Pay TV deals have been signed with HOP! in Israel, with D Smart in Turkey and with Germany’s Studio 100 Junior and CJ Tooniverse/English Gem in South Korea for pay TV and VOD rights, while SVOD deals have been signed in US and Latin America with  Hispanic channel HITN/Edye, Mango TV in China and in France with Orange’s platform OCS, Infinikids and TFou Max. All TV rights have been acquired by MTVA in Hungary and Canal+ Myanmar.

The 52×12’ show, commissioned by France 5, has also played on Kika in Germany.

The show has also been translated into more than 20 languages.

Jerome Alby, managing director of Mediatoon Distribution, said: “The Fox Badger Family combines wonderfully positive characters with strong values of family and teamwork, tolerance and kindness. It tackles important and timely themes of blended families, accepting others’ differences, and finding your own path. We are very proud that the series is such an international success and delighted to announce that a second season is in the pipeline.”

Before joining Future Today, he was president of kids VOD network Kabillion.

Previous experience includes 10 years at Universal Studios as director of sales for the americas and director of retail development sales.

“David has a wealth of experience across all facets of the kids industry, but it is his deep understanding of the OTT space as well as his entrepreneurial approach to problem solving that makes him such a great fit with our culture,” said Vikrant Mathur, co-founder of Future Today. “We look forward to having him on board as we expand our distribution, programming and monetization models.”