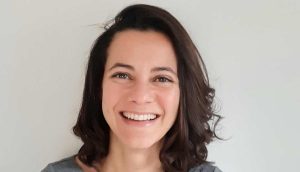 Okine, who reports to Aquarius founders Angie Fielder and Polly Staniford, will be responsible for driving new business opportunities and financing models, working on strategy and expanding.

Aquarius is behind film and TV projects including Guy Pearce’s directorial debut Poor Boy and the second season of Aussie comedy The Other Guy, which will premiere on Hulu in the US on 14 February. The company’s output also includes The Unlisted, a 15-part sci-fi series for Netflix and the ABC.

Okine previously headed acquisitions for STX International between 2017 and 2019, and before that was the Paris-based VP of international production and acquisitions for French-owned studio/distributor Studiocanal. During her time with the French outfit, she acquired titles for the French, German and Australia/New Zealand territories such as Ballerina, Tully and Logan Lucky.

Okine began her career in the acquisitions department of FilmFour in London in 2001. before returning to Australia in 2002 to work at independent film distribution company Hopscotch.

Fielder and Staniford said Okine would “champion our long-term plan to expand Aquarius’ international footprint by working with a range of strategic partners right from the development stage. The high caliber of her work, coupled with her extensive experience in the industry and impressive international network make her the perfect fit as Aquarius’ new MD.”