Netflix to end ‘The Crown’ with Imelda Staunton confirmed as Queen

Netflix is to bring the curtain down on royal drama The Crown after a fifth and final season, which will star Imelda Staunton in the role of Queen Elizabeth II.

The show, produced by Sony Pictures Television-owned Left Bank Pictures, launched its third run in November and is set to enter its fourth season later this year.

Netflix said last week that 73 million subscribers had watched the show around the world since its launch in 2016 but the series did not make the streamer’s top 10 most popular releases in the UK last year. 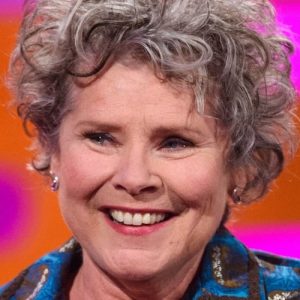 The decision to end the show after its fifth run means Staunton, unlike her predecessors Claire Foy and Olivia Colman, will only play the Queen for one season.

The show was created by Peter Morgan, who struck a deal to work with Netflix last year and has previously said he believed the show would run to six seasons.

However, he said: “At the outset I had imagined The Crown running for six seasons but now that we have begun work on the stories for season five it has become clear to me that this is the perfect time and place to stop. I’m grateful to Netflix and Sony for supporting me in this decision.”

The show will end in the 21st Century and explore events such as the death of Diana, Princess Of Wales.

Cindy Holland, VP of original content at Netflix, described the show as “a stunning example of award-winning entertainment, created in the UK and loved by millions of fans around the world.”

She added: “I fully support Peter Morgan’s creative decision and am excited to see how he, Imelda Staunton and the cast and crew of season five, bring this landmark series to a fitting and spectacular end.”

Staunton said: “I have loved watching The Crown from the very start. As an actor it was a joy to see how both Claire Foy and Olivia Colman brought something special and unique to Peter Morgan’s scripts. I am genuinely honoured to be joining such an exceptional creative team and to be taking The Crown to its conclusion.”