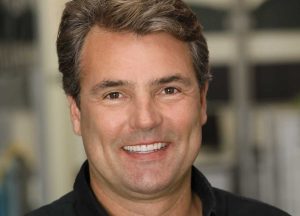 Unscripted producer 3 Ball Entertainment, which has been behind US shows such as The Biggest Loser and Beauty And The Geek, has unveiled a new business model and created a parent company based on the 3 Ball brand.

3BMG has been unveiled by Reinout Oerlemans, chairman of 3 Ball Entertainment, and Ross Weintraub, who has served as CEO since 2015.

Its primary role is to incubate and support the growth of established and emerging producers, who will continue to operate as owners of their own companies, in an environment where they can flourish as entrepreneurs under a single banner.

Weintraub said: “With 3BMG, we saw a chance to create real opportunity for a wide range of talented producers that want to stay independent but not get crushed by the intensity of today’s business demands. Our goal is to let creatives do what they do best while maintaining skin in the game; that’s the part of our model we see as especially advantageous.”

Oerlemans added: “I’ve been around this business internationally and here in the US for three decades, from creative to production to M&A. Much of our longevity is due to preparing for change and making our best efforts to meld innovative thinking with agility.

“Ross and our entire management team have done a stellar job of actuating our new model and launching 3BMG, which in a short period with our first wave of JVs, has already propelled exciting new creative, production efficiencies and increased commissions. We anticipate 2020 being another big growth year and we’re excited to announce more partnerships in the near future.”

Originally founded in 2003, 3 Ball is behind shows such as Extreme Weight Loss, My Cat From Hell and Bar Rescue.