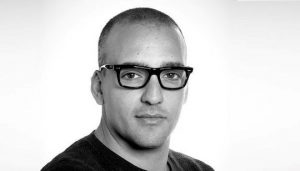 Based in LA and New York, Senior will oversee and run the Truly Original creative development roster for all platforms and across all content genres, including documentary, reality, formats, competition and podcasts.

Senior will work with Truly Original co-presidents and co-CEOs Glenda Hersh and Steven Weinstock and Hersh to expand the prodco’s series and franchises.

Senior was most recently head of alternative development and original programming at Paramount Network, overseeing franchises including Ink Master and Bar Rescue. He also executive produced the Peabody award-winning documentary series, TIME: The Kalief Browder Story and Rest In Power: The Trayvon Martin Story, as well as Gone: The Forgotten Women Of Ohio.

Prior to Paramount, Senior was CEO of entertainment format company Ardaban, whose content was produced in conjunction with Shine America prior to the company’s merger with Endemol to form Endemol Shine Group. The latter’s US-based division, Endemol Shine North America, owns Truly Original.

“Chachi is a uniquely talented executive – his creative chops and programming instincts derive from years as an award-winning producer and a successful tenure as a network buyer and executive,” said Hersh and Weinstock.

“He understands the world of independent production and its challenges, and is truly optimistic and bullish on the current media landscape.”