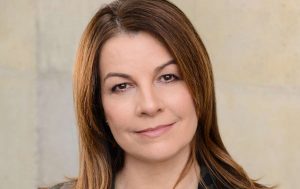 AMPLE Entertainment, the US prodco behind Facebook’s 9 Months With Courteney Cox, has launched a true crime division and appointed veteran producer Tammy Wood to run it.

She will oversee production across AMPLE’s crime show slate, which includes the third season of Murder In The Heartland and a second run of The Night That Didn’t End for ID. The prodco has also recently been behind two-hour film The Lost Women Of NXIVM (ID) and their reboot of Cold Case Files, which is streaming on Netflix.

Wood has previously worked for US and UK channels and production companies including All3Media, 44 Blue Productions, Intuitive, ID, TLC, Animal Planet, CMT and Bio. She has credits on shows such as ID’s Betrayed, Model Killers for Bio, and I Still Didn’t Know for TLC.

Mark and Lott, co-presidents for AMPLE, said: “As we rapidly expand our true crime portfolio, we could not think of anyone more suited than Tammy to lead the charge. Tammy’s production and post-production experience is simply unmatched in the genre. Her ability to craft story, her leadership skills, and her commitment to quality makes her the perfect fit for this new role.”

AMPLE’s slate currently runs to nearly 70 hours, ranging from aforementioned 9 Months With Courteney Cox to The Lost Gold Of World War II for History and Could You Survive The Movies for YouTube.