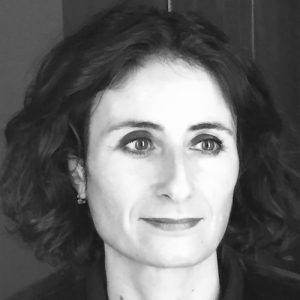 French studio Xilam Animation has appointed Disney’s former director of acquisitions and co-productions in EMEA as its EVP of content.

Caterina Gonnelli joins the company on 13 January and will work alongside Xilam’s existing EVP of content Jean Brune to oversee all editorial aspects of the French company’s output.

She will also be responsible for increasing the company’s slate, as well as working across development, and is based in Xilam’s head office in Paris, reporting to CEO Marc du Pontavice.

Prior to Xilam, Gonnelli joined Disney in 2012 with an initial remit focused on local acquisitions and productions for the French market, which expanded to include multi-territory pre-buys and co-productions across the EMEA region for Disney Channel, Disney XD and Disney Junior.

Du Pontavice, CEO at Xilam Animation, said: “We are thrilled to add such a remarkable talent to Xilam’s top executives. Caterina has built a very strong profile over the years from development to pro-duction, from acquisition to programming, at one of the world’s most prominent kids’ studios. Such invaluable expertise will boost Xilam’s response to a very fast-growing market towards premium kids’ content.”

Gonnelli added: “Xilam Animation has established an impressive, diverse and engaging slate of projects for kids and their families. I’m thrilled to be joining Marc and the team at this exciting time of growth as the company gears up for major new series launches, including Oggy Oggy for Netflix, and to continue shaping the company’s vision and content offering.” 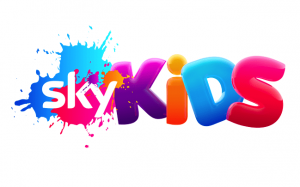 Sky has appointed Estelle Hughes and Ian France to becomes commissioning editors for its kids division.

France previously headed up presentation for BBC Childrens while former CITV controller Hughes was most recently at Roobydoo Media, where she was joint owner and MD, working on shows such as Thunderbirds Are Go.

Sky has also promoted Lucy Murphy to become director of kids’ content for the UK and Ireland. She was most recently head of kids’ content in 2015 and has a remit to expand its originals output. Murphy continues to report to Zai Bennett, Sky’s MD of content.

Murphy said: “Ian and Estelle will bring a huge wealth of experience and understanding of our audience of 1-12s and their changing viewing behaviours.

“This, alongside their senior production experience, will help realise our vision for Sky Kids to be the best dedicated entertainment experience for kids, bringing the very best original content to our service, alongside all our brilliant kids’ channels.”

The deal, effective immediately, covers publishing, toys, apparel, collectibles and promotions, and will aim to celebrating the two central characters from the series. The partnership follows the debut of The Ollie & Moon Show TV series on Korean network EBS.

The Ollie & Moon Show is into its second season and has already sold into more than 150 territories worldwide, airing on platforms such as Tiny Pop, Netflix, TVO and France TV.

The deal was brokered by Ana Micoud, who heads up Cottonwood’s licensing business through her company The Wizards. The Ollie & Moon Show is produced by Cottonwood Media and distributed worldwide by Federation Kids & Family.