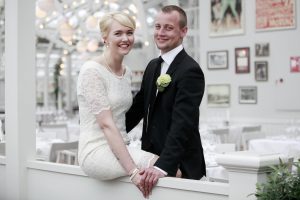 German channel RTLZWEI has commissioned a show from Married At First Sight prodco Redseven Entertainment that follows couples in real time as they get married.

Deine Hochzeit – Live! (Your Wedding – Live!) will allow viewers to watch couples tie the knot and celebrate their day with family and friends, with the show set to premiere in primetime in 2020.

The prodco is part of Red Arrow Studios and develops and produces shows for the German and international TV markets, with a focus on comedy, docutainment, magazine shows and corporate media.

Red Arrow was put up for sale earlier this year, but Redseven Entertainment and multichannel network Studio71 are not being offloaded, with parent ProSieben instead retaining the outfits to fuel its domestic outlets in Germany.

Jobst Benthues, CEO of Redseven Entertainment, said: “This new event show is about the real feelings of real people, and allows the audience to take part in and share some very special moments.

“With this wholly original format, Redseven once again demonstrates our strength in creating and producing factual entertainment and live shows.”