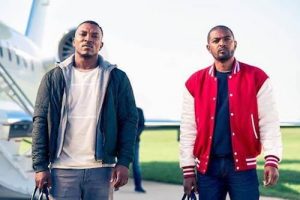 Sky has ordered a three-part special based on its Noel Clarke and Ashley Walters-fronted drama Bulletproof, with an “immersive” game powered by artifical intelligence (AI) also in the works.

UK-based Vertigo Films is producing the three-part special, which will air on Sky One and its on demand service Now TV in Autumn 2020, following the end of the second season, which has already been ordered.

The second run of Bulletproof will take viewers to the streets of London, Amsterdam and Cyprus, while the mini-series will take place in South Africa.

Meanwhile, Sky is working with games developer Charisma.ai on Bulletproof Interrogation Game, which will become available online and allow players to become an active participant in a crime story, taking direction from the show’s central cop characters.

The interactive experience will enable participants to try to prevent a series of murders by talking to the suspect and characters from the show, who provide direction and support in the interrogation.

Vertigo Films’ executive producer Allan Niblo said: “Bulletproof is a show that has always broken new ground, and the Interrogation Game utilises cutting edge AI and means that fans can get into its world like never seen before. It’s a tremendously exciting new universe.” 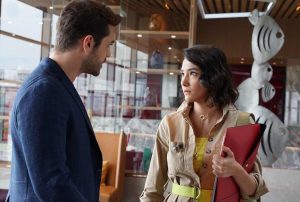 The series is produced by Red Arrow Studios-owned Karga Seven Pictures and premiered this summer in Turkey on Fox before being launched to international buyers at MIPCOM in October.

The show follows two characters who start to fall in love with each other after inadvertently buying the same house and finding themselves in business together.

Turkish dramas have surged in popularity across Spain over the past 12 months, with networks such as Atresmedia Television acquiring Ezel from Eccho last year.

Barbora Suster, head of Latin America and Iberia at Eccho Rights, said: “With nearly 20 Turkish dramas on air Spain, we don’t see this trend diminishing anytime soon. Everywhere I Go is a great title for Spain, offering the perfect mixture of romantic comedy and drama.” 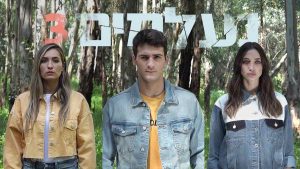 Israeli producer and distributor ADD Content has signed a deal with Vikram Malhotra-led Abundantia Entertainment to develop an Indian remake of young adult drama The Missing.

The original series, created by Yaron Arazi and produced by ADD Content, has aired for three seasons on Nickelodeon Hot in Israel and has recently been commissioned for a fourth. Abundantia Entertainment will remake the show for India via its Filters brand, which is focused on creating IP for young adults.

The thriller follows a brother and sister who move to a small town and become caught up in a mysterious conspiracy after three teenagers from their high school die under mysterious circumstances.

Hadas Mozes Lichtenstein, founder and head of international at ADD Content, said: “The Missing is a gripping series which has built up a strong fan base in Israel, and we’re confident that with Abundantia’s track record of hits for this generation and unrivalled local understanding of the market, we can replicate that success for a whole new audience. We’re also thrilled to be expanding ADD Content’s footprint in Asia with this deal, which marks our commitment to bringing compelling content to this market.”

Malhotra added: “We have always believed in challenging the status quo and disrupting the way stories engage and impact their fans. I am delighted that we have found an amazing YA-focused story in The Missing and a like-minded partner in ADD Content.” 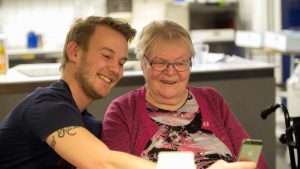 RDF Television in the UK, Germany’s Imago TV and Talpa have picked up rights to an array of formats from Denmark’s DR, after Canadian distributor Media Ranch acquired the entire catalogue from the broadcaster earlier this year, as revealed by TBI.

Big Love, which attempts to help people lose weight, was picked up by Imago TV, while fellow German prodco SEO Entertainment/Fish Will Wurm has added remake rights to Judge For One Day.

Banijay France, Tuvalui in the Netherlands and RDF Television have also acquired rights to the courtroom format, which follows eight ordinary people who sit in the judge’s chair for a day. Participants follow the reconstruction of the crimes, with the show exploring how each person develops their own unique version of justice.

Manipulator, which delves into how humans can be manipulated, was sold into French Canada through Productions Desferlantes and fellow social experiment format 180 Days was sold to Productions Mustang. Talpa Germany has also acquired rights, as has Tuvalu in the Netherlands. 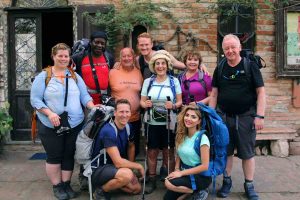 Pilgrimage: The Road To Rome

Catching A Killer, The Great Train Robbery: The Hidden Tapes, and Sex, Drugs & Murder are all headed to Denmark, along with Joanne Dennehy: The Making of a Serial Killer, which aired on ITV in the UK and explores how a schoolgirl morphed into one of the country’s most dangerous women.

Deals have also been closed with Sweden’s TV4, SVT and educational network UR. Among the titles covered by the three deals are Freeform’s A Place In The Sun, BBC Two show Pilgrimage: The Road to Rome, and Stacey Dooley titles including Stacey Meets The IS Brides.

The sales were brokered by Amy Kemp, head of sales at the Brighton-based distributor, which represents more than 120 hours of premium factual entertainment.