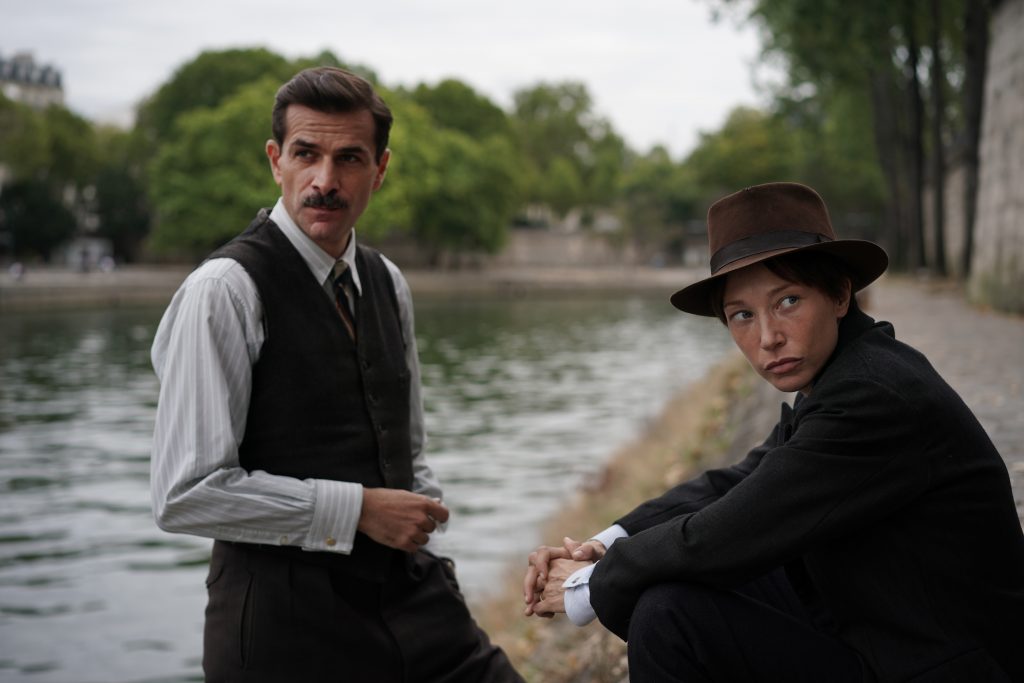 The deal marks eOne’s first French-language acquisition, and was brokered by Noel Hedges, EVP of acquisitions and international distribution for the studio.

Set in Paris during the Roaring Twenties, La Garçonne follows Louise Kerlac, who witnesses the murder of a relative committed by government agents. A career forbidden to women at the time, Louise is convinced that joining the police will be her best hiding place and also provide the means to investigate the murder.

Hedges said: “It was about four years ago when I first heard about the concept for this project from the terrific team at Mother, and I was immediately fascinated by the superb mix of dynamic period detail and gripping crime story, combined with very contemporary themes about identity.

“Mother always brings a fresh, exciting vibrancy to their productions and together with a unique performance from Laura, we are hugely excited to bring the series to international audiences.”

Mother said: “With La Garçonne, we wanted to tackle contemporary issues, with a universal and playful approach. We fell in love with our main protagonist Louise, a woman who dressed up as her twin brother in order to save her life as well as assume a role that society would not permit. Accepting a man’s job and refusing to go back to menial tasks, she frees her brother of the duties of a cop which was forced upon him by their father. We believe that a woman’s emancipation is a fight for everyone’s freedom.”

The six-part series, which premiered on Viaplay in October, was penned by Welcome To Sweden actress Josephine Bornebusch and follows three different generations of a family. It has been renewed by Viaplay for a second season, which is currently shooting.

This marks the second collaboration between WBITVP Sweden and Eccho Rights, who are also distributing the former’s drama Maria Wern starring Eva Röse.

Nicola Söderlund, managing partner at Eccho Rights, said: “We see a lot of interest in Nordic drama that moves away from the established Noir fare and focuses on authentic stories featuring relatable characters that everybody can identify with.

“Josephine Bornebusch is a unique and incredibly talented creator and presents us with a dramedy that explores the human condition in depth while never losing its humour. We are proud to bring this extraordinary production to audiences worldwide and to continue our fruitful partnership with Warner Bros.”

Jonah Hedman, head of drama at WBITVP Sweden, added: “This warm and humorous series offers true-to-life characters that lend themselves to a feeling that this story is taking place here and now. We see a great potential for it to travel very well.”

Bron Studios has teamed up with Palomar-Mediawan Group to produce and co-finance post-apocalyptic drama That Dirty Black Bag.

That Dirty Black Bag is directed by Italian filmmaker Mauro Aragoni and writers Silvia Ebreul and Marcello Izzo. Fabio Paladini is attached as an additional writer.

The eight-part drama series will be produced in English and is envisioned as a three-season arc. Mediawan-Palomar are currently in negotiations with commissioners in Italy, and Mediawan will also take French rights.

Bron and Palomar, who control all other rights, are currently talking to other international buyers, including US players. The project will begin casting in January and cameras will roll in May.

Following on the heels of Måns Mårlind’s Shadowplay and John Morton’s UK adaptation of Call My Agent!, That Dirty Black Bag continues Bron’s international strategy of identifying TV properties in Europe that have clear global potential.