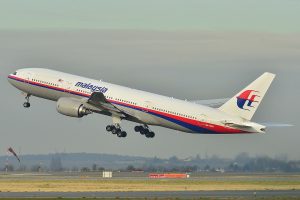 France Televisions has ordered an English-language scripted series about the disappearance of Malaysia Airlines flight MH370, with Banijay Rights attached to distribute.

Flight MH370 is being produced by Nora Melhli’s prodco Alef One and will explore the mystery surrounding the disappearance of Malaysia Airlines flight MH370, which in 2014 was lost somewhere over the South China Sea carrying 239 passengers.

The show will be shot mainly in English and is based on the novel Une Vie Détournée (A Life Diverted) by Ghyslain Wattrelos, who lost his wife and two of his three children in the tragedy, and The Disappearing Act, the book by journalist Florence de Changy. The series will be told from multiple perspectives across seven countries, retracing the experience of Wattrelos as well as journalists, scientists, pilots, politicians and others whose lives have been affected by the tragedy.

Melhi said: “Our aim is to tell a true story through the lens of an intimate and geopolitical thriller. The best way to do this story justice is to tell it as a drama and candidly delve deep into the real and imagined machinations of this tragic flight.

“Flight MH370 is a relatable, multi character and compelling contemporary suspense filled series about the greatest civil aviation mystery of all time. Having collaborated with Gilles Bannier on The Tunnel, I knew he was the ideal showrunner for this series.”

Nathalie Biancolli, head of international scripted at France Televisions, added: “This will be a high-quality drama, interweaving the investigation, fiction and reality to create a gripping story. This tragic disappearance has shocked everyone and continues to perplex the international community. Developing Flight MH370 with Alef One and Banijay Rights is a way for France Télévisions to shine a light on the plight of Ghyslain Wattrelos. We are also excited to work with the very talented Gilles Bannier.”

Caroline Torrance, head of scripted at Banijay Rights, described the show as a “gripping, real-life drama that has impacted many – in Europe, Asia and the Americas – for more than five years.”

“We are looking forward to discussing the series with leading international broadcasters who are keen to partner on a scripted production that has a truly global perspective,” she added.