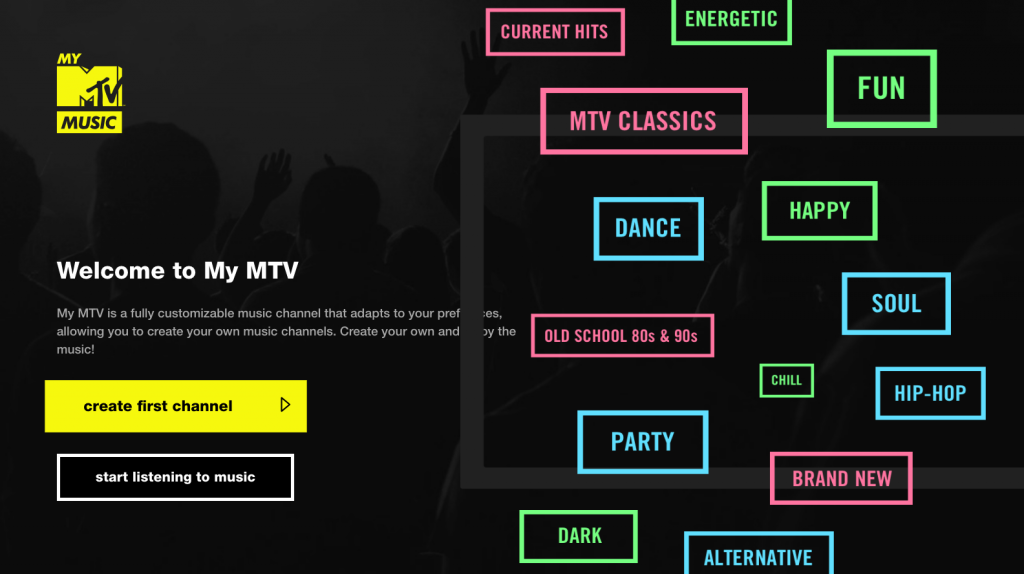 As opposed to traditional music TV channels, MyMTV Music promises a personalised linear music channel. This is achieved by allowing users to curate their own channel through accessing MTV’s library of music videos, live performances and other exclusive content.

VIMN claims the service is a first for German-speaking territories, and follows its launch in France, Spain and Denmark.

The company said that MyMTV is informed by a recent study that shows almost 80% of 13 to 32-year-olds say that their tastes don’t fall into one specific music genre. As such, the channel’s personalisation is “driven by mood and context selection” rather than any specific genre.

German Groba, SVP for all brands for Viacom International Media Networks Southern & Western Europe, Middle East and Africa said:  “At Viacom we are dedicated to exploring new and innovative ways for our consumers to experience music. MyMTV Music extends this experience by empowering listeners to connect to the music they love in their own way.

“We are delighted to offer audiences in this market a personalised way to enjoy their music, with a vast content offering from music videos to unique live events.”