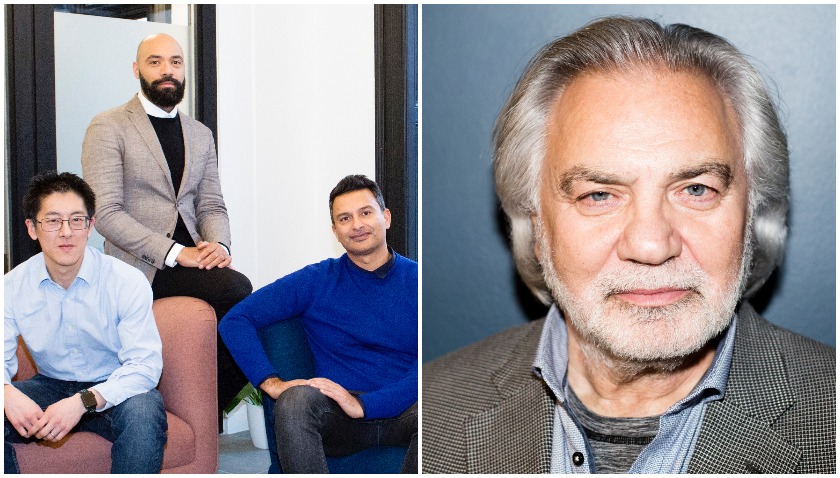 One of the outfit’s first projects is a series adaptation of Jamila Gavin’s haunting mystery thriller that will be penned by Beatrix Christian (Picnic At Hanging Rock).

The project will centre on a rich girl who disobeys her powerful father to investigate the disappearance of her tutor, only to find herself at the heart of a nefarious criminal underworld. Gavin’s previous work won numerous awards and nominations, including Coram Boy, which was adapted for the National Theatre and Broadway.

Elsewhere, the Three Tables slate also includes Unnatural Causes, the memoir of British pathologist Dr Richard Shepherd, which is being adapted into a crime drama and potential returning series. Simon Block serves as writer on the programme.

Three Tables was founded by film and TV executives Chikwe, Kar and Wong, who are also joined by development assistant Holly Boyden.

The business is keen to explore new funding models and ways to collaborate to deliver the best results for broadcasters and a global audience. The outfit will also tell representative stories, as informed by their own diverse backgrounds and perspectives.

Chikwe was formerly head of development at Leopard Pictures, where he co-created and series produced the BAFTA-nominated CBBC show Eve and co-created BBC One’s Missing starring Pauline Quirke. He also started the Leopard sub-label Blacklisted Films. Previously, he worked across production and development at Ruby Films and Talkback Thames.

Meanwhile, Kar was previously a senior exec at the UK Film Council, responsible for selecting and overseeing the development, financing and production of more than 20 award-winning films including the Academy Award-winning Man On Wire, Sarah Gavron’s Brick Lane, Amma Asante’s A Way Of Life and Ken Loach’s The Wind That Shakes The Barley.

He was previously MD at Speakit Films and EP of the Benedict Cumberbatch-fronted Walk With Me, which was released in over 15 countries.

Rounding out the trio is Wong, who has spent his career building early stage businesses both as an entrepreneur and an investor. He also co-founded Mystical Productions, which produced The Mysti Show for Saturday mornings on the BBC.

Chairman of the business is September Films founder David Green, who also serves as chairman of DCD Media.

Wong, co-founder of Three Tables, said: “At Three Tables Productions, we want to tell stories you can’t find anywhere else. That’s not just about finding great source material but also getting it out to the widest possible audience. With The Robber Baron’s Daughter, Jamila Gavin wrote a page-turning thriller that was originally for younger readers, yet its themes are incredibly grown-up and relevant, making it perfect for adapting into a drama series.  It’s great to partner on this project with Fremantle, who support and share our ambitions for the project.”

Vesper, EVP and creative director of global drama for Fremantle, added: “Co-developing The Baron’s Robber’s Daughter alongside the newly formed Three Tables Productions is immensely exciting, as their talent, ambition and creativity make them the perfect partner for Fremantle.

“This is a unique young adult story in an almost gothic fairy-tale setting, which deals with incredibly relevant themes affecting the world today. We’re also huge fans of Beatrix Christian after working with her on Picnic At Hanging Rock, so having her on board to adapt Jamila’s novel is fantastic.”