Sally Wainwright on directing, delegating and drawing women behind the lens 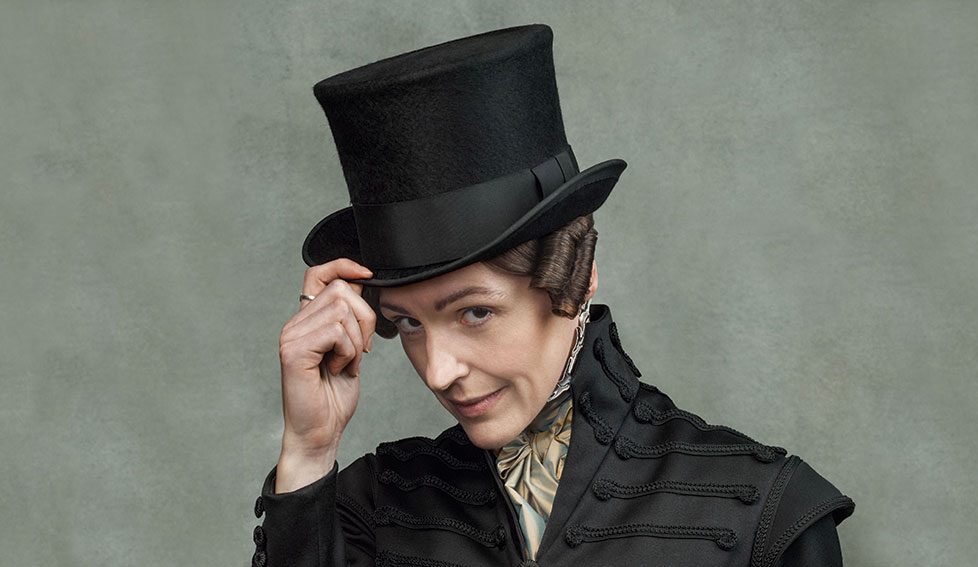 British writer-director Sally Wainwright, creator of Happy Valley and Gentleman Jack, is one of the few creative talents who can pursue whatever projects she likes. But as she tells Manori Ravindran, you can’t afford to be too complacent in this industry.

Sally Wainwright, one of the UK’s pre-eminent writers, will be thinking long and hard before sliding into a pair of golden handcuffs proffered by the streaming giants.

The writer behind the likes of BBC One’s Happy Valley and Last Tango In Halifax, ITV’s Scott and Bailey, and most recently, BBC One’s Gentleman Jack, is used to being in control, working at her own pace and, frankly, for whomever she likes. A lucrative deal that requires her to work exclusively for one partner is looked upon with some uneasiness.

You can understand why. The BBC Studios-distributed crime thriller Happy Valley is consistently cited by myriad TV execs as proof that domestic, gritty drama can travel to broadcasters and platforms around the world, while her latest venture, the Suranne Jones-fronted Gentleman Jack marked her first co-production with HBO.

Is a dalliance with a player such as Netflix, which has enlisted Shonda Rhimes and Ryan Murphy in headline-grabbing deals for absurd money, on the cards? She’s open to it – Netflix, after all, picked up Happy Valley for international and will likely be on board the planned third season she is writing after the second season of Gentleman Jack – but with caveats.

“It depends what they would be expecting in return,” Wainwright tells TBI.

“I’ve worked in a traditionally British way in that I write all my own episodes and I direct as many as I can. The US model is different in that once you become a showrunner, you tend to hand your episodes to other people to write and you oversee them, and there just isn’t as much time for you to be involved in writing or directing.”

TBI understands that Wainwright may be locked into a deal with a major distributor, though she won’t be drawn. It’s clear that the pact allows her the flexibility and involvement she needs – one that wouldn’t necessarily come to pass with an SVOD. 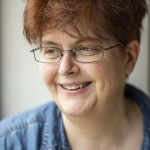 It’s possible I’m too possessive and close to the material, but there is much detail that gets missed by other people. It may say more about me than it does about them, but it’s difficult. I personally find it difficult to hand my work to other people.  Sally Wainwright

Indeed, Wainwright isn’t as clued up about the digital disruption of the British broadcasting landscape as one might expect.

For example, speaking to TBI at the Série Series drama festival in Fontainebleau in July, she didn’t realise that Sky’s former head of drama Anne Mensah had made the move to Netflix earlier this year, though she remained relatively unperturbed by the development.

Might it make the platform more accessible to her in a sense? “I guess it would,” she shrugs.

What has her particularly enthusiastic, though, is HBO’s involvement in Gentleman Jack – a historical drama she based on the partially coded diaries of 19th-century British landowner and businesswoman Anne Lister, who was open about her relationships with women.

Wainwright breathlessly describes the Lookout Point-produced drama, which marked the first proper collaboration with a US partner for any of her projects, as “really faultless”, praising HBO execs Francesca Orsi and Kathleen McCaffrey and describing the cable channel’s approach as “supportive without being too intrusive”. The same goes for the BBC, she adds quickly.

The “healthy” budget, too, has enabled Wainwright to flex her directing muscles – a skill she speaks passionately about honing since first directing episodes of Happy Valley and then her one-off BBC drama on the Brönte sisters, To Walk Invisible.

“What’s wonderful for me is that Gentleman Jack looks cinematic,” she says, noting that she directed four of its eight episodes.

Wainwright is determined to do more in the director’s seat. Now she’s started, she finds it “even harder” to hand those particular reins to someone else.

She admits, however, that “it would be hard to direct a nine-part series or more,” adding that Gentleman Jack was a two-and-a-half-year process at the end of which she was “absolutely shattered” and drained “physically and mentally”.

Women behind the lens

The experience was testing, too, for other reasons. Wainwright was proactive in trying to get more women alongside her behind the camera on Gentleman Jack, but the reality of such an endeavour was, she discovered, not straightforward.

“The conversation around female directors is changing, but I’m not sure the reality is changing that much,” she says. “It was hard [to get female directors] involved because, instantly, the pool you can choose from is much smaller.

“I did interview some men, but I made that conscious choice I was going to employ women, and it wasn’t as positive an experience as I thought it would be.”

Pressed on what aspects, exactly, were challenging for Wainwright, she is the first to admit with a wry smile that she is “a perfectionist and obsessive”.

“It’s possible I’m too possessive and close to the material, but there is much detail that gets missed by other people. It may say more about me than it does about them, but it’s difficult. I personally find it difficult to hand my work to other people. I’ve always wanted to direct my own work.”

Here, Wainwright references Line Of Duty writer and showrunner Jed Mercurio, who had invited her to France for an on-stage interview during Série Series.

“Jed says he’s very calm when he hands [his work] over and people don’t do what he wants. I’m not – I get very angry and upset. That’s not good for anybody.”

However, she is adamant that this won’t put her off from working with other female directors. Wainwright is also keen to get more female directors of photography involved in her projects, citing a plan to do more with the British collective of female cinematographers Illuminatrix. 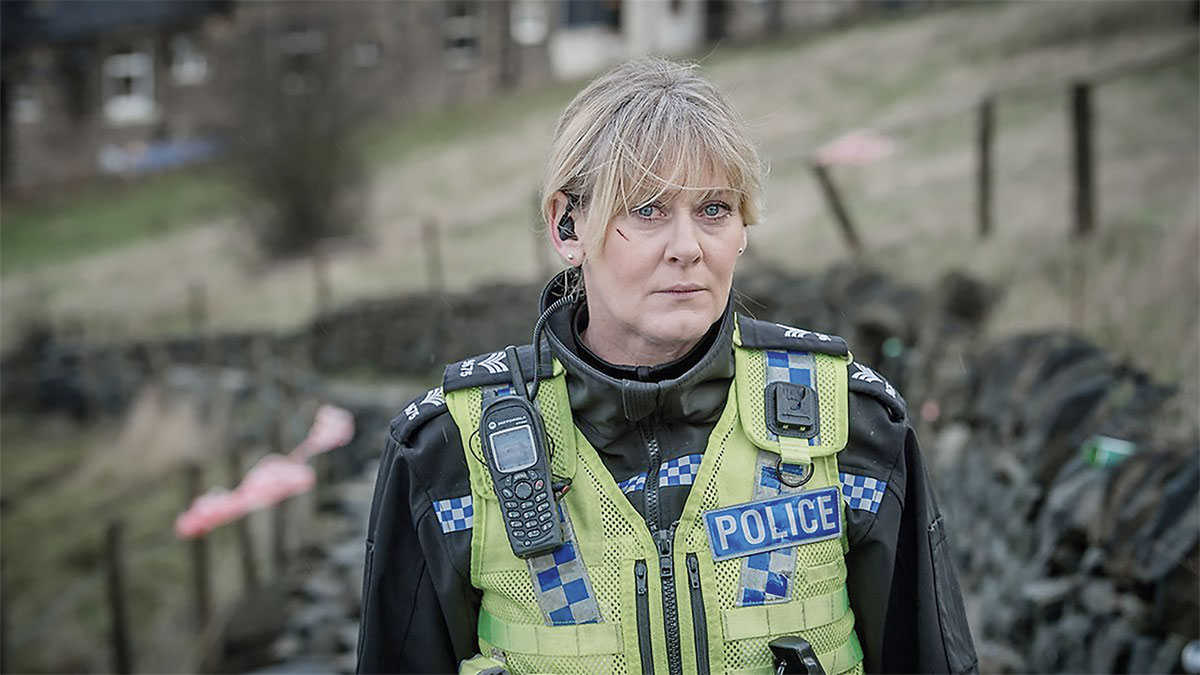 Going forward, Wainwright has another season of Last Tango In Halifax in the works and a third helping of Happy Valley planned, albeit with Lookout Point rather than her long-time production partners Red – a departure that comes as a result of a falling-out with Red boss and Studiocanal UK CEO Nicola Shindler.

She is also keen to pitch yet another project about a risk-taking female protagonist – British pilot Amy Johnson, the first aviator to fly solo from England to Australia in 1930. Initially imagined as a film, Wainwright is now considering a multi-part series.

She is clear, though, that despite the global resonance of her work and the freedom to write and direct most anything she desires, she continues to doggedly follow her instincts, and take little for granted in this business.

“My guide is my instincts,” she says earnestly. “On the whole, they’ve been fine. I know specifically when it has gone wrong and it’s when I listened to other people instead of my own instincts.”

There is a pressure, still, over when a programme does as well as Happy Valley, which helped to launch the careers of actors such as James Norton and Sarah Lancashire and won numerous BAFTA Awards.

“There is a worry that you then do another series and everyone goes, ‘Well that wasn’t as good.’ You see shows all the time that are written by good people and it just didn’t work. And I’ve had shows that didn’t work.

“You never get complacent,” she admits. “You always think the next one will always be the one that flops.”