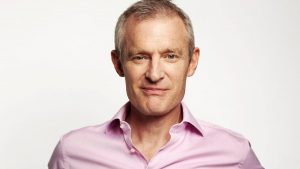 ITV in the UK has ordered a new format that pits previous contestants of major TV gameshows against each other.

Quizmaster will be hosted by UK presenter Jeremy Vine and will feature 15 previous contestants of shows including Who Wants To Be A Millionaire?, Mastermind, The Chase, Fifteen To One and University Challenge.

They will compete in a series of rounds of questioning that will test different aspects of quiz knowledge, with contestants eliminated until a final two go head-to-head to find a winner.

The 90-minute show is being produced by Colin Farquhar and has Richard Van’t Riet attached as director, with Sue Allison exec producing. The series has been commissioned by Sue Murphy and Kate Teckman, with All3Media International selling the format globally.

Daniela Neumann, MD of Spun Gold, said: “We Brits love a quiz show – from the intellectual rigours of Mastermind to the high drama and life-changing moments of Who Wants To Be A Millionaire, we are a nation of quiz addicts.

“But we’ve never seen the contestants of these shows competing against each other. Quizmaster will answer the ultimate question all fans want to know – who is the cleverest of them all?”

Spun Gold has been behind shows including Meat The Family for Channel 4, Travelling Blind for BBC2 and Meghan Markle: An American Princess for Fox in the US, where it has also produced Operation Royal Wedding for Discovery.