Amazon Prime has unveiled four new French shows including a local reboot of ITV reality format Love Island and a drama from the producers behind Netflix drama Narcos.

The local version of Love Island is being produced by Amazon Studios and ITV Studios France, with the series set to launch exclusively on Prime Video in France in 2020.

The ITVS Global Entertainment-distributed format, which is part owned by Motion Content Group, has become a hit over recent years and was recently extended in the UK for a two-season run in 2020. Remakes have already been produced in the US, Germany and the Nordics, as well as countries including Belgium, Netherlands, Poland and Hungary, but the French version is the first ordered by a global SVOD. 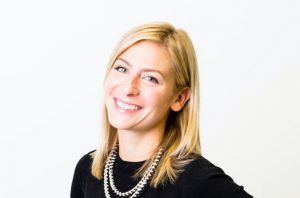 The show will again follow a group of singletons who descend on a luxurious villa in South Africa before having the opportunity to couple-up with someone they are attracted to. Amazon viewers will then vote to choose who stays.

The streamer, which revealed the series at a star-studded event in Paris this morning, has also greenlit fellow unscripted show The Missing One. It will follow four teams led by French celebrities as they travel across Australia to find their missing team member.

Paris-based studio WeMake is behind the show, which has been co-created with Borderline Media and will launch in 2020. TBI understands the series and the French remake of Love Island will only be available to Amazon viewers in France.

The latter is set in 1964 and explores forbidden love between two people torn between their mission and their feelings. The eight-episode series will be co-written by Juliette Soubrier (Zone Blanche), with Olivier Dujols (Le Bureau Des Légendes, Falco) as showrunner. Narcos prodco Gaumont is set to start filming in 2020, with the show available exclusively to Prime members around the world from 2021.

Voltaire, Mixte is also set in the 1960s and tells the story of the male-only Voltaire High School, as it opens its doors to female students for the first time with immediate consequences both for the adults and teenagers. Marie Roussin (Les Bracelets Rouges) is showrunner of the eight-episode series, which is produced by En Voiture Simone (Kepler) and Autopilot Entertainment (I Am Not an Easy Man). The show is in production and will launch via Prime in 2021. 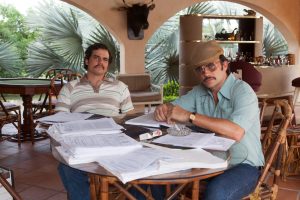 Amazon is also developing a new project with French rapper Orelsan, which will be developed with Nolita TV and Troisième Oeil. Further details of the show are yet to be released but it is set to become available in 2020. Stand-up comedy shows have also been unveiled, including My Story from Ary Abittan and coverage of the So Chic gala from the Montreux Comedy Festival.

“We know that viewers in France want to see unique, authentic and entertaining stories that they truly connect with, and we’re committed to producing the widest variety of quality French programming exclusively for Prime members that delivers against that,” said Georgia Brown, director of European Amazon Original series for Prime Video, who added that “there isn’t a genre or topic we aren’t considering right now” for the service.

“We’re incredibly focused on investing a resource of time, passion and budget to achieve the highest quality shows for our audiences in France, because we believe that putting the spotlight on the very best local stories will not only delight our French viewers, but our prime members around the world,” she continued.

“We have many more exciting ideas in development with talented French producers, writers, directors and acting talent. Today is just the beginning of our announcements of premium TV productions in France, there will be plenty more in the coming months as we continue our commitment to invest in TV production in France.”

The streamer has been rapidly expanding its local productions across Europe having unveiled its recently constructed commissioning structure across the continent in August. Thomas Dubois oversees non-scripted in France, as revealed by TBI in April, while Isabelle Bertrand is head of content.

In related news, Amazon has picked up animated series The Legend Of Vox Machina, from Critical Role. The streamer has acquired exclusive streaming rights to the first two seasons of the show, which started out as a Kickstarter-funded series and is being produced by US studio Titmouse.

The Kickstarter funding had provided for the first 10 episodes of the show, with Amazon now backing a further 14 episodes to make a total of 24 episodes over two seasons. The streamer has also agreed a first-look deal with Critical Role to develop other shows that will debut on Amazon.

The original series follows seven “adventurers” who go on missions to save the world from monsters and magical forces.