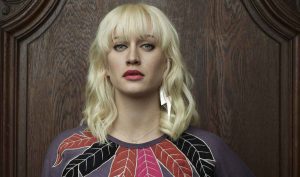 ProSieben, SBS first to get Blinded from All3

Germany’s ProSiebenSat.1 and SBS in Australia are among broadcasters to have picked up Swedish-language thriller Blinded, marking the first sales for the show by All3Media International.

Blinded (aka Fartblinder) was produced by FLX for streaming service C More and Swedish broadcaster TV4, in association with All3’s sales arm. The show is inspired by real events and based on the book by investigative journalist Carolina Neurath, exploring seemingly nefarious activities by a bank.

ProSieben has picked up broadcast rights in Germany and will launch the eight-part drama on Sat.1 Emotions in spring, while SBS has secured digital rights. NPO in the Netherlands and Sýn Hf in Iceland have also secured TV rights.

The drama premiered in August on C More, followed by a September debut on TV4, where it outperformed the channel’s primetime slot average, All3 said. The first season was directed by Jens Jonsson (Easy Money 3) and written by FLX’s Jesper Harrie (The Bonus Family), alongside co-writers Maria Karlsson (Easy Money) and Jonas Bonnier (The Helicopter Heist). A second run is in development.

Described as a “multi-million-dollar deal” by FilmRise, the agreement means the New York-based firm will remain the exclusive North American digital distributor of the show into the late 2020’s.

The series delves into the world of forensic science profiling intriguing crimes, accidents and outbreaks of disease from around the world. More than 400 episodes were originally produced, narrated by the late Peter Thomas, while a sequel series titled Forensic Files II is set to air on HLN in 2020.

US cablenet FX has ordered a third season of Sons Of Anarchy spin-off Mayans MC.

The third run of the show, which is set to end its second season on FX on Tuesday night, is due to air next autumn. The series follows the activities of a biker gang operating near the US-Mexico border and is produced by Fox 21 Television Studios and FX Productions.

Co-creator and executive producer Elgin James is attached as the only showrunner on the forthcoming season, following news last month that the show’s co-creator and co-showrunner Kurt Sutter was leaving the programme.